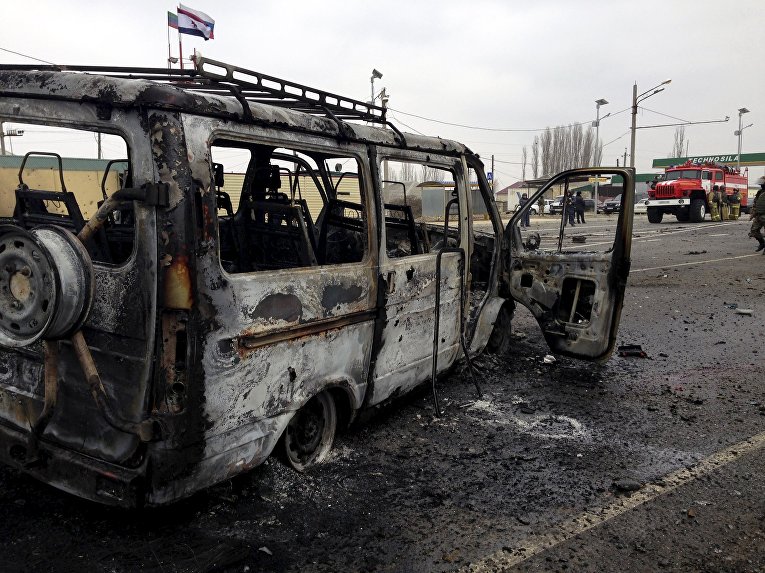 A car was blown up near a traffic control post in the Derbent district of Dagestan.

Reuters
Police officers and civilians are among the victims

Police officers and civilians are among the victims of the explosion near a traffic police post in the Derbent district of Russia's Dagestan Republic, the press service of the regional prosecutor's office said in a report.

"We have established the fact that a Lada Priora was blown up near a traffic control post in the Derbent district of the Republic of Dagestan on Monday. As a result, two policemen were killed. Another six policemen and six civilians sustained bodily injuries of various grades of severity," the report says on Feb. 15.

A criminal inquiry has been opened following the explosion. The Prosecutor of Dagestan has taken the criminal investigation under his personal control, it says.

Earlier it was reported that the law enforcement agencies tentatively identified the man who blew up a vehicle: he is a local resident who follows radical Islam, a source with knowledge on the matter told Interfax.

The source said the man who died in the explosion was a resident of the republic who shared the ideology of the terrorist group Islamic State.

The source did not name the militant.