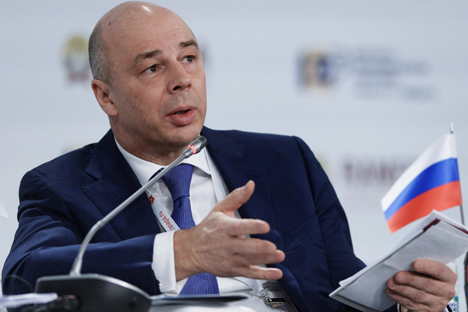 The Russian Finance Ministry filed a lawsuit in the High Court of London on Feb. 17 to secure repayment of the debt owed by Ukraine, after goodwill talks with Ukraine failed to work out.

"The Russian Finance Ministry filed a lawsuit against Ukraine in the High Court of London today to secure repayment of Ukrainian obligations with a par value of $3 billion and Russia's court costs," Finance Minister Anton Siluanov told journalists.

The lawsuit was filed after "repeated unsuccessful attempts to call Ukraine to constructive dialog on restructuring the debt and acknowledgment of the fact that the Eurobonds held by Russia are an official loan and claims on them must be settled on better terms than those that Ukraine is offer to its private creditors," he said.

"We have announced our readiness to discuss the possibility of a bilateral (out-of-court) settlement of the debt repayment issue with Ukraine of its obligations to Russia. But unfortunately, Ukraine provide to be unwilling to hold talks on the spirit of goodwill, to which it was called not only by us, but by the IMF. Therefore, the sole resolution of the issue is an appeal to court, and this has been done," he said.

Siluanov also said that the "English court process will be open and transparent, and Russia's rights as creditor will be defended by an independent, authoritative judge, who will impartially examine the dispute between two sovereign states, concerning the failure to honor debt obligations on the Eurobonds."

Examination of such a dispute in court is an historic precedent, the creation of which due to the actions of the debtor "can only be regretted," Siluanov said.

Read more: Ukraine to defend itself against Russia's claim related to Eurobonds>>>