Churkin: Too late to talk about creation of no-fly zone in Syria 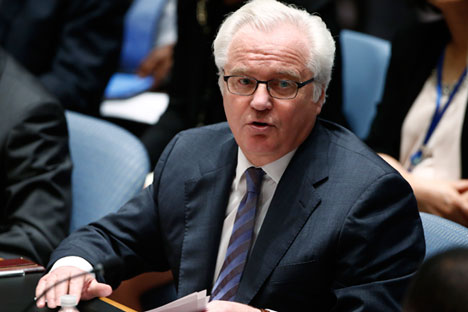 Russia's Permanent Representative to the United Nations, Vitaly Churkin, has said it is no longer possible to impose a no-fly zone in Syria, the initiative has come too late.

When asked if it is possible to impose a no-fly zone in Syria, he said: "Not any more."

"It was the Americans who started bombing [Syria], now we have our aerospace forces operating there," he said.

"So probably, theoretically, one could imagine, that in the process of implementation of the ceasefire agreement a proposal will be made not to use the airspace, but this question is purely theoretical, all the more so, given our presence in Syria," Churkin said.