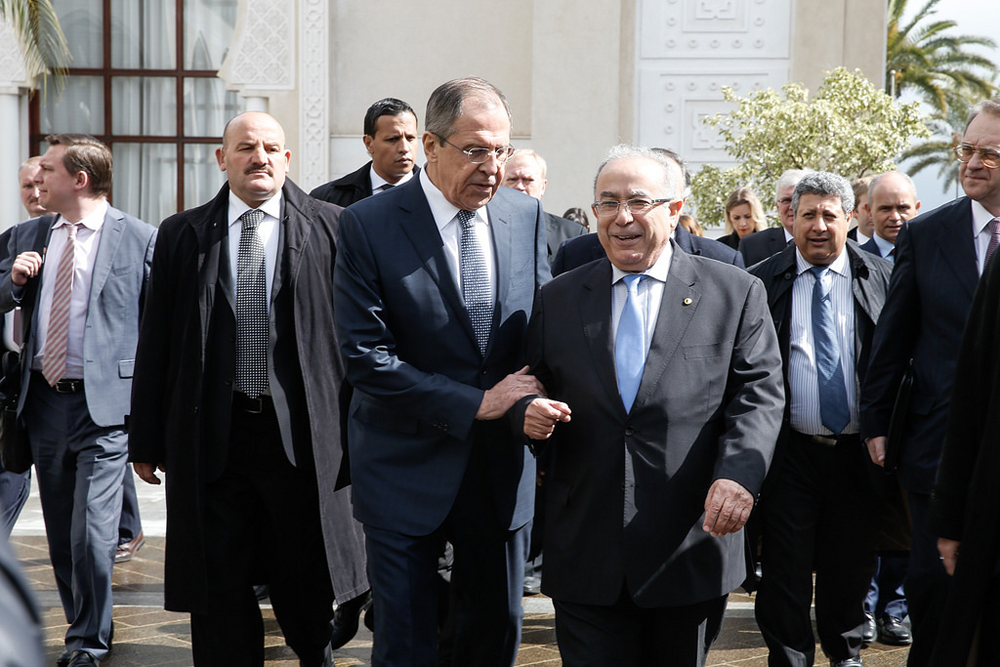 "This is a suitable time to discuss what we can do together to help international efforts to settle conflicts and combat the terrorist threat," Lavrov said at a meeting between full delegations of the sides.

"The population of the region should decide itself how to live with its neighbors," he added.

He said that at the meeting he intends to discuss "how to promote bilateral relations and realize the great potential existing in many spheres: trade, investments and the humanitarian sphere."

In his turn, Lamamra also voiced hope for the development of bilateral relations between Russia and Algeria.

"There are very many spheres that have great potential for development," he said.

He also voiced hope that at the meeting the ministers would be able "to make a number of decisions that can be recorded in corresponding documents."

Before the talks, the ministers had a brief protocol conversation.

Together, they also planted an olive tree, which is to become a symbol of friendship between Russia and Algeria. While doing so, the ministers smiled and discussed what food goes best with olives.