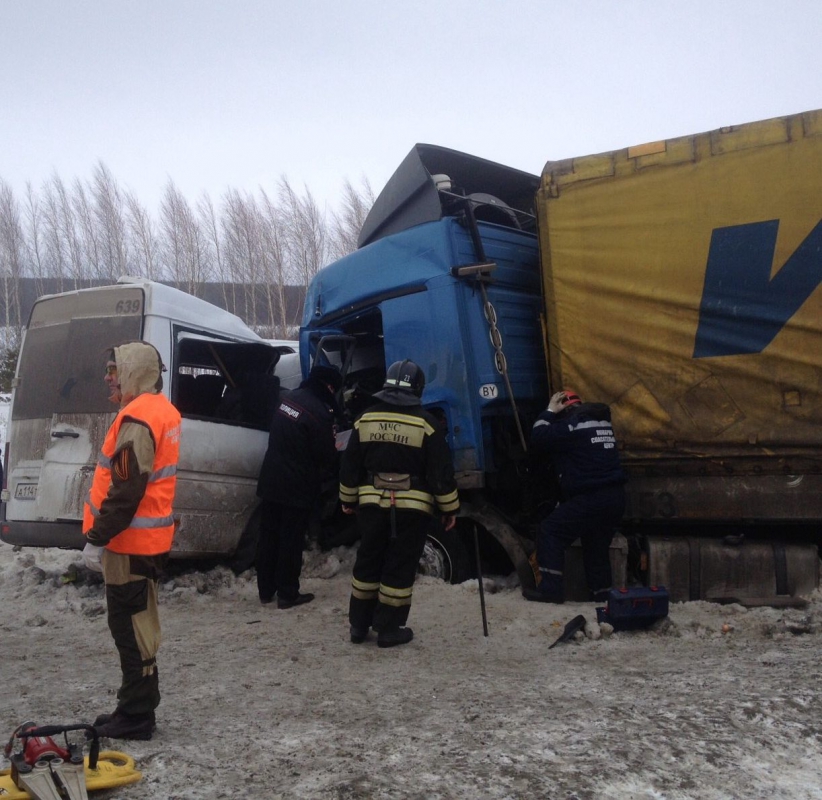 The road accident happened on the 665th kilometer of the M5 road.

mchs.gov.ru
9 people were killed in a road accident on M5 Urals route in Penza region

Nine people were killed in a road accident on M5 Urals route in the Penza region on March 2, the press service of the Volga regional center of the Russian Emergency Situations Ministry told Interfax, quoting preliminary information.

"A truck collided with a Mercedes-Sprinter minibus. According to the preliminary information, nine people were killed and another three suffered injuries. There is tentative information that one of the casualties is a child," a center representative said.

The road accident happened on the 665th kilometer of the road at 1:10 p.m. Moscow time. "Firemen and rescue teams are working on the accident scene, in all, 41 persons and 13 vehicles," the ministry said.

According to the preliminary information, the minibus was en route from Penza to Ulyanovsk, the press service of the Emergency Situations Ministry department in the Penza region told Interfax.

"There is preliminary information that nine people died. Three people injured in the road accident, among them a four-year-old child, were taken to hospital," the department representative said.

In turn, the regional police told Interfax on March 2 that the road accident in the Penza region had six fatalities, according to preliminary reports. "Preliminary, six people are dead and three are injured," the press service officer said.

He noted that the Mercedes minibus with Ulyanovsk plates and the truck collided on the 666th kilometer of M5 Ural route in the Bessonovsky district of the Penza region.