Total number of signed agreements on ceasefire in Syria reaches 44

The Russian reconciliation center in Syria at the Hmeimim airbase received notifications of the intention to stop hostilities from 18 commanders of moderate opposition units based in Daraa province over the past 24 hours, the Russian Defense Ministry said on March 3.

"The total number of the signed agreements on ceasefire has reached 44," the ministry said in its daily bulletin.

"Request lists on the cessation of hostilities have been received from 18 commanders of moderate opposition units that are active in the Daraa province, as a result of which the ceasefire regime expanded to another nine areas of the city of Daraa," the ministry said.

Currently, talks are underway with leaders of five armed groups in the provinces of Damascus, Daraa and Homs, it says. 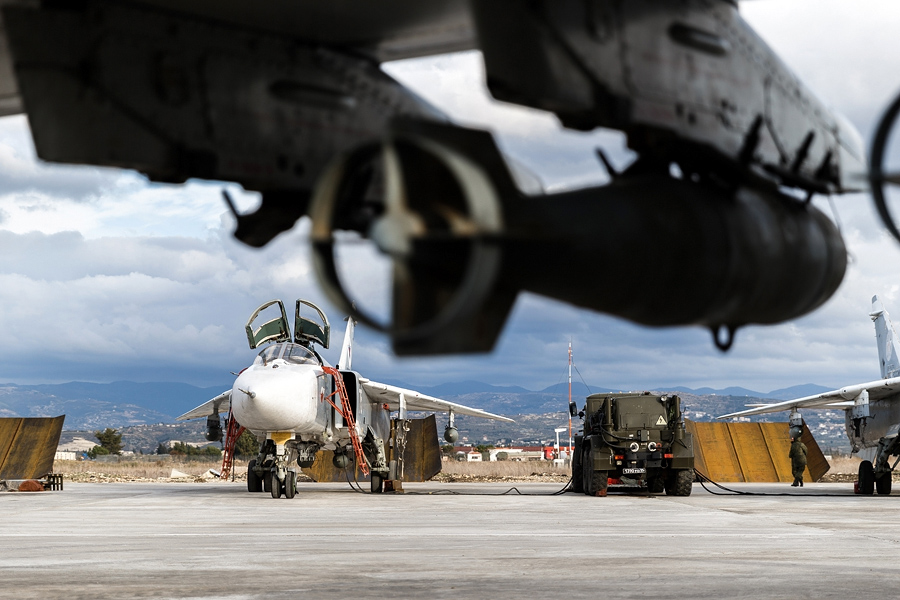 Over 800 militants lay down arms in Syria's Daraa Province

In the past 24 hours, a reconciliation agreement brokered by Russia has been signed by the aldermen of Marzaf, a town in the Hama province, according to the bulletin.

"More than 600 residents, Muslim clerics, Syrian and foreign journalists were present at the signing ceremony," the bulletin says.

Also, leaders of the Jaish al-Islam group that controls the populated area of Ruheibah in the Damascus province, it says, resolved to join the process of cessation of hostilities on March 2.