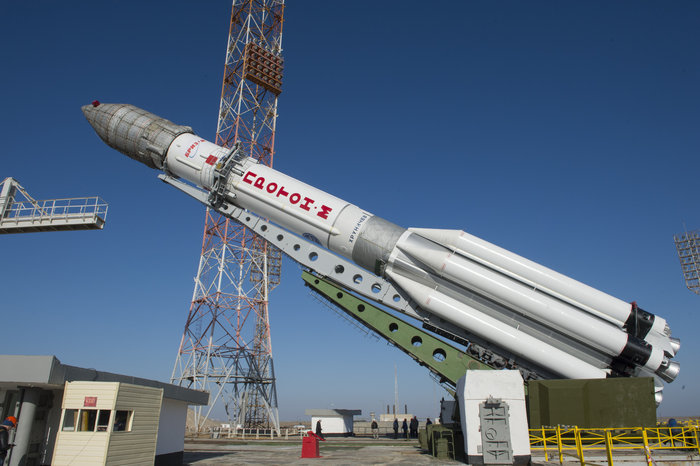 A Proton-M launch vehicle with the ExoMars-2016 research spacecraft.

A Proton-M launch vehicle has delivered the ExoMars 2016 research spacecraft to a low near-Earth orbit, the Mission Control Center told Interfax-AVN on March 14.

"The orbital assembly comprising of ExoMars and the booster unit has separated from the third stage of the launch vehicle," a center spokesman said.

Now the orbital assembly will be propelled by its engine, and the separation between the booster unit and ExoMars is scheduled for approximately 23:13 p.m. Then the spacecraft will take a departure trajectory and head for Mars.

Contact between ExoMars and ground stations is due to be established at 00:28 a.m. It will show whether the launch has been successful.

A Proton-M launch vehicle coupled with the spacecraft blasted off from Baikonur on March 14.

The European research spacecraft, ExoMars 2016, consists of two modules - Trace Gas Orbiter (TGO) and Entry, Descent and Landing Demonstrator Module (EDM). TGO is a module to be deployed in a Martian orbit to study signature gases in the planetary atmosphere and water ice distribution in the Martian soil.

EDM is a cone-shaped landing module, which will test technologies for landing on Mars and operate as an autonomous station upon landing.

The landing module is named after Italian astronomer Giovanni Schiaparelli.