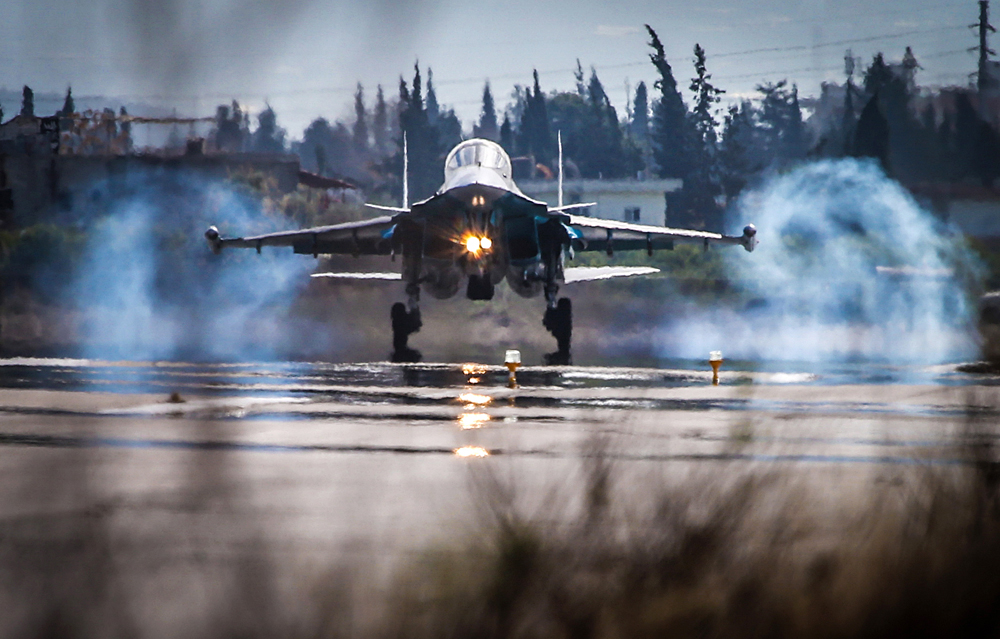 A Sukhoi Su-34 fighter at the Hmeymim airbase.

The Kremlin is unaware of the sources of media information claiming that Russia might have spent at least 38 billion rubles on its operation in Syria and does not share this opinion.

This opinion does not match the Kremlin's information, presidential press secretary Dmitry Peskov said. "No, it does not match. Perhaps, you should better ask this esteemed edition how they learned about such expenditures," Peskov told reporters.

RBC Daily said that Russia might have spent at least 38 billion rubles on its operation in Syria.

The Kremlin has also declined to comment on the possible permanent deployment of Russian military bases in Syria, noting that Syria has not asked for that.

Peskov said that "it would not be quite right to call" the Hmeimim and Tartus facilities "bases because bases imply capital construction projects, and there are no such at either site."

As to whether Russia may permanently deploy its bases in Russia at some point, Peskov said, "I cannot say. The sites are functioning, they stay in place and they are reliably protected from the air, from land and from the sea."