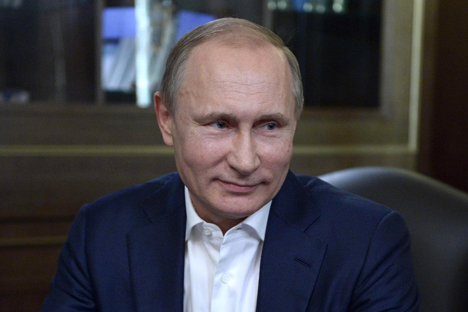 The Kremlin has confirmed that Russian President Vladimir Putin might meet with U.S. Secretary of State John Kerry, who is planning to visit Moscow next week, and that Moscow is ready to discuss a settlement process in Syria and in Ukraine with him.

"It's true that Secretary of State Kerry's trip to Moscow is being worked on now and is very likely to take place, during which he would have contacts with his Russian counterpart [Sergei] Lavrov. Kerry's possible meeting with the Russian president is also under consideration," Peskov told journalists on March 16.

"It goes without saying that, as usual, Russia will also be open to discussing the most pressing issues, primarily Syria and the coordination of our joint efforts toward promoting the peace process," he said.

"Certainly, Moscow will also be ready to exchange opinions on the implementation, or, to be more precise, the complete failure to implement the Minsk Agreements by the Ukrainian side," he said.