Lavrov and Kerry trade quips on politics at Moscow talks 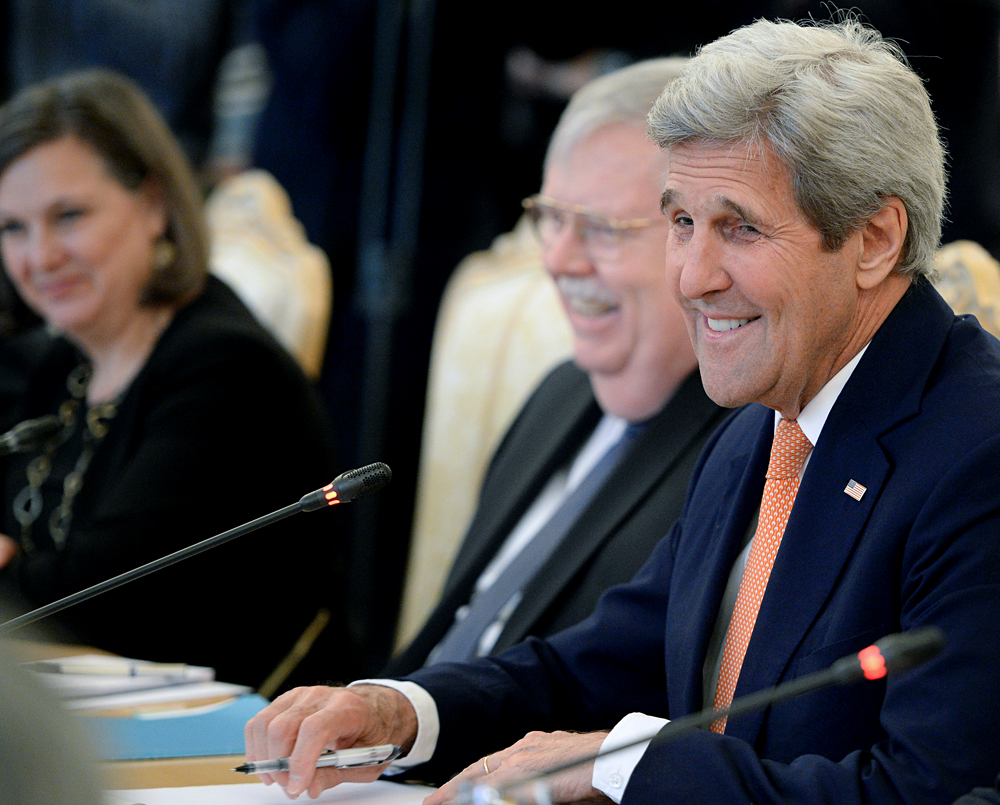 U.S. Secretary of State John Kerry wished Russian Foreign Minister Sergei Lavrov a happy birthday, which the latter had a few days ago.

Addressing Lavrov at the start of their meeting in Moscow on March 24, Kerry said he hoped the date would bring Lavrov more wisdom, including for holding negotiations.

The Russian foreign policy chief thanked his U.S. counterpart. "Thank you, John. However, if wisdom were measured by the number of birthdays, I couldn't keep up with you," he said.

Kerry said in response that this is quite possible if the Russian minister treats seniors with respect. "Absolutely," Lavrov replied.