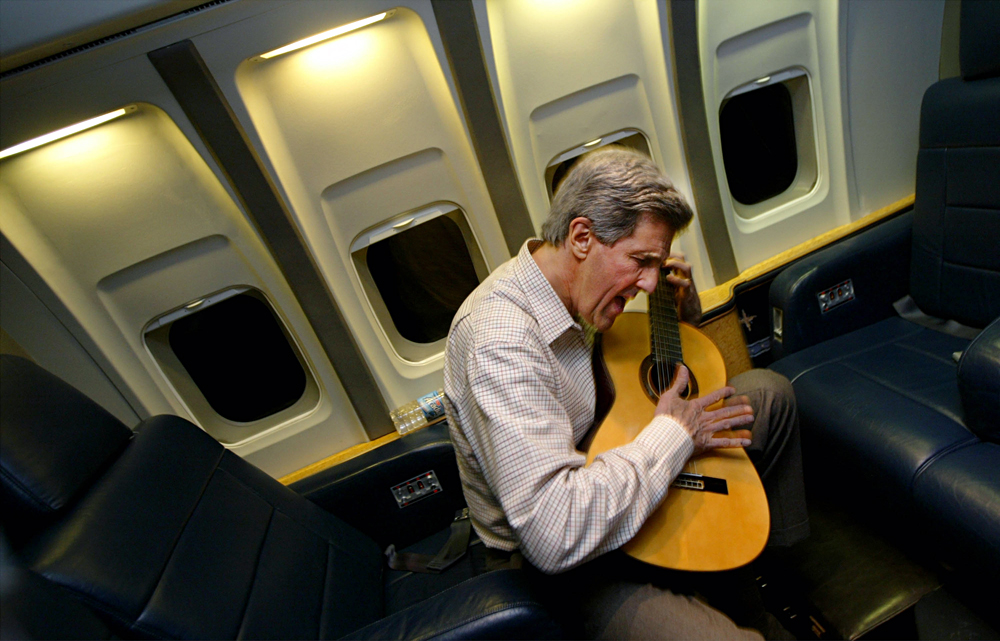 In a post on her Facebook page, Zakharova dispelled rumors that the instrument was intended for Lavrov as a birthday present.

“So, I can reveal the secret of the guitar which came off the plane in the hands of a member of the American delegation after the arrival of the U.S. Secretary in Moscow," she wrote.

"We were showered with questions about whether this was a birthday present for Sergei Lavrov. It is not. It is Kerry’s personal guitar which travels with him around the world."

While in Moscow, U.S. Secretary John Kerry congratulated the Russian Foreign Minister, Sergei Lavrov, on his birthday, which was on March 21.

Lavrov and Kerry trade quips on politics at Moscow talks>>>