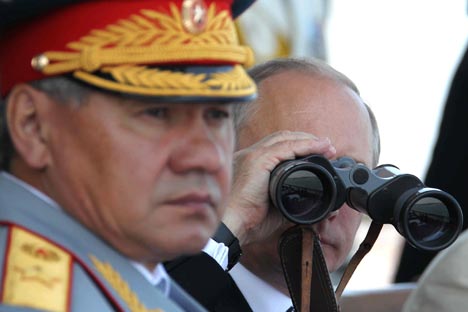 NATO jet fighters accompanied the plane of Russian Defense Minister Sergei Shoigu bound for Kaliningrad on its flight above neutral waters of the Baltic Sea, an Interfax correspondent has reported from the location.

NATO Eurofighter aircraft did not approach Shoigu's aircraft closer than two kilometers as it was accompanied by Russian Sukhoi Su-27 aircraft.

Shoigu came to the Kaliningrad region on March 27 to check combat training and construction of training and social infrastructures in military units and formations of the Russian forces deployed in the region.

In particular, the minister is expected to inspect the Chkalovsk military airfield and the Baltic Naval Institute. Shoigu will also listen to reports of the Western Military District and the Baltic Fleet commanders.