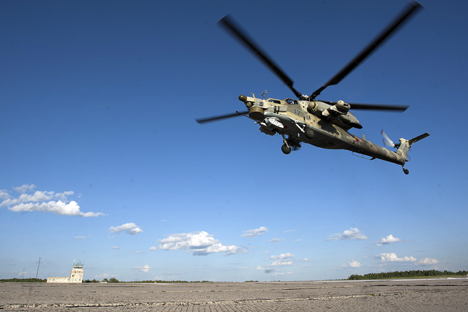 TASS
FIDAE is a major aerospace show in Latin America

More than 350 modern aircraft, air defense systems, airborne weapons and other types of armaments and military hardware will be put on display by Russian companies at the FIDAE 2016 show in Santiago, Chile, from March 29 till April 3.

"The Federal Service for Military-Technical Cooperation (FSMTC) has appointed Rosoboronexport, a unit of state corporation Rostec, the organizer of the combined Russian exposition," Rosoboronexport said in a report.

"Rosoboronexport, Russian Helicopters and Almaz-Antey Concern will participate in the exhibition," the press service said.

FIDAE is a major aerospace show in Latin America. The biannual event is held under the patronage of the Chilean Air Force, with the support of the Presidential Administration and the government.

"The forthcoming show will be attended by about 100 delegations from 28 countries. Russia has been a FIDAE exhibitor since 1994," the report said.