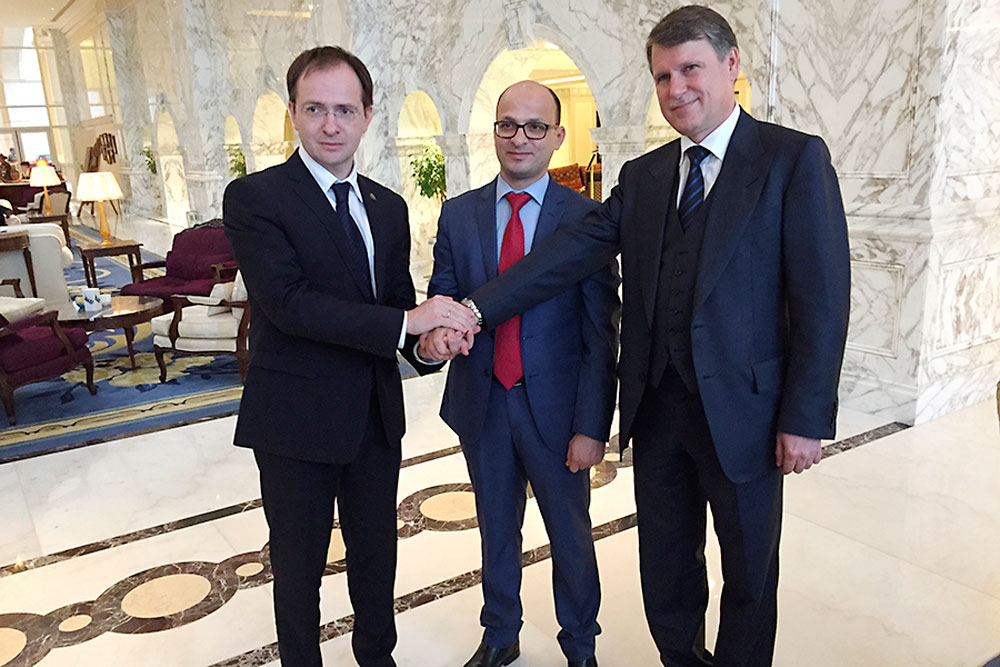 Ministry of Culture of the Russian Federation
Kuwait has become the latest country to see the opening of an official Russian tourism office, joining cities like Berlin and Beijing.

The Visit Russia tourist office officially opened in the Gulf state on March 28 with a ceremony attended by Russian Minister of Culture Vladimir Medinsky and Deputy Head of the Russian Federal Tourism Agency Sergei Korneyev.

"Last year, 21 million foreign tourists visited Russia," said Medinsky, noting that every year the number is growing by 10-15 percent. "Is this a lot or not?" he asked, immediately replying, "this is a very small number."
According to Medinsky, Russia's tourism potential is unfulfilled, because the country "is ready to receive not dozens, but hundreds of millions of tourists."

Moscow makes list of 10 cheapest cities in Europe for a weekend break
When asked to comment on the results of the work done, Medinsky said that it is currently "too early to talk about efficiency."
"Before, there was nothing at all," he said, noting that all this work "is done without direct budgetary injections."