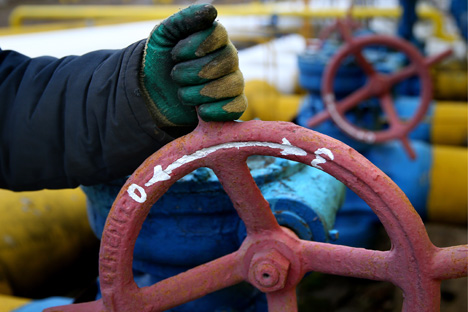 The duration of the winter gas package for Ukraine has expired and as of April 1 Russia will no longer grant a discount on gas it sells to the country, Energy Minister Alexander Novak said in a statement posted on the ministry's website.

"The discount on gas for Ukraine in the amount of $17.77 that was granted by the Russian government for the first quarter of 2016 expires on March 31, 2016. The final price of gas for Ukraine in the first quarter was $212 per 1,000 cubic meters. The agreements on the discount were established within the context of the so-called winter package, agreed by Russia, Ukraine and the European Union," Novak said.

"Beginning on April 1 of this year, the price of gas for Ukraine will fully correspond to the current contract between Gazprom and Naftogaz Ukraine," Novak said.

After trilateral negotiations in September, Naftogaz bought 2 billion cubic meters of gas from Gazprom in October and almost 400 mcm in November. As of November 25, Naftogaz completely stopped buying Russian gas and switched to buying cheaper gas from Europe.