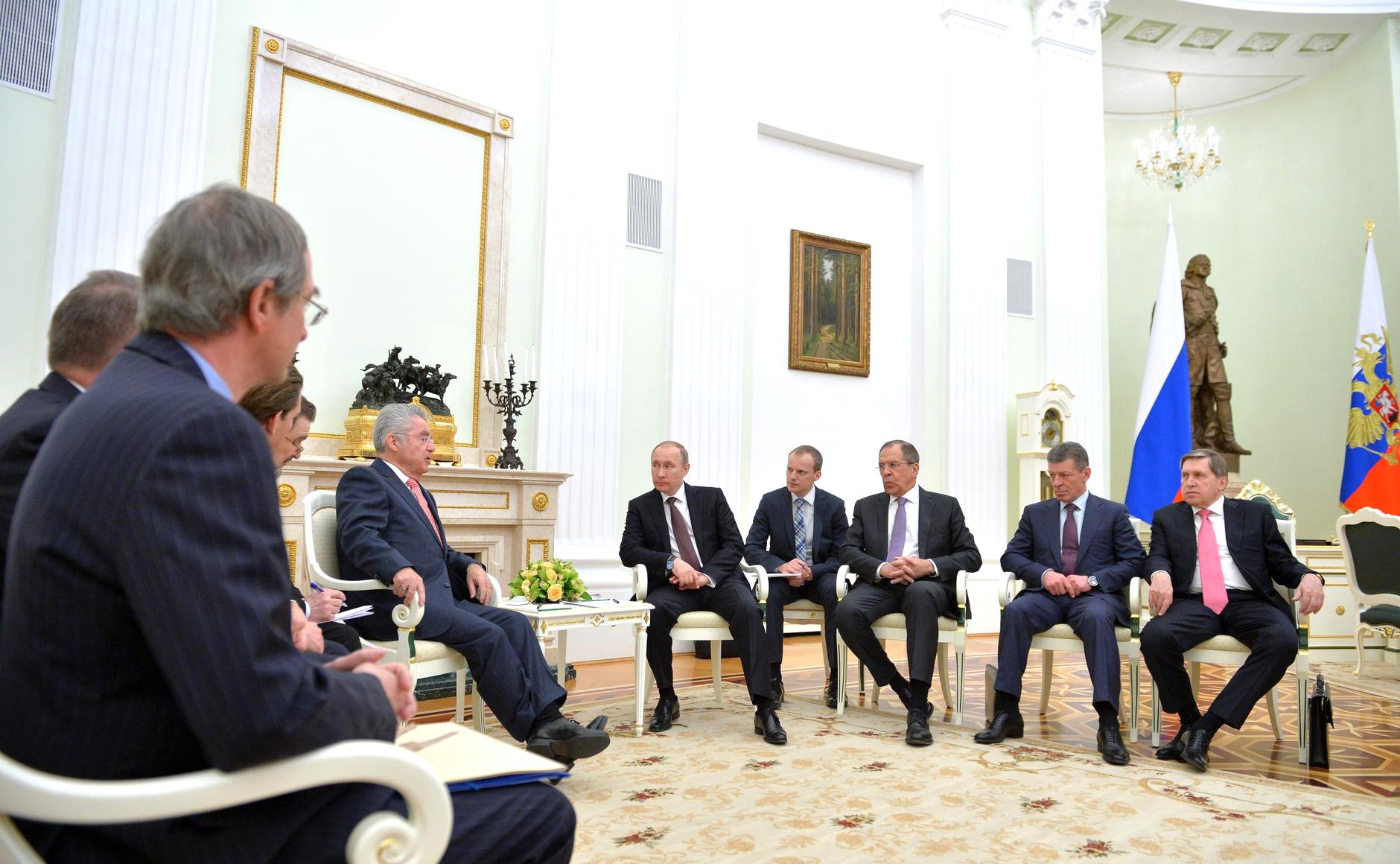 Russia is hoping for close cooperation with Austria on European security during this country's forthcoming chairmanship in the Organization for Security and Co-operation in Europe (OSCE), Russian President Vladimir Putin said.

"On issues of safety on the European continent, we count on close cooperation with Austria during Austria's chairmanship in the OSCE in 2017," Putin said after talks with Austrian President Heinz Fischer on April 6.

The Russian president thanked his Austrian counterpart for the substantive and fruitful dialogue, and expressed hope that the agreements reached at this meeting "will help further deepen our bilateral cooperation in all of the areas that we discussed today."

Austrian president in favor of lifting sanctions from Russia>>>