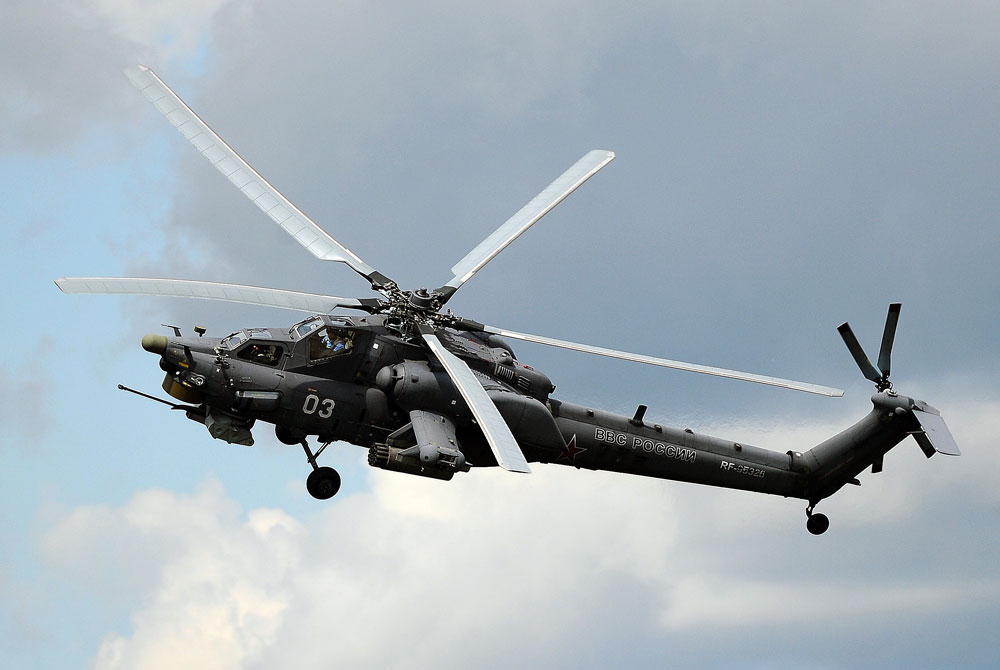 Russia's Mil Mi-28N Night Hunter combat helicopter has crashed near the Syrian city of Homs, killing its two crewmembers, but the helicopter has not been shot down from the ground, the press service of the Russian Defense Ministry told Interfax-AVN on April 12.

"The report from the crash site indicates that the helicopter did not come under fire," it said.

According to the press service, the helicopter of the Russian Aerospace Forces crashed near Homs at 1:29 a.m. Moscow tine on April 12.

"The bodies of the killed pilots were evacuated during search and rescue efforts. They are now at the Hmeimim airbase," it said.

"A group of specialists in air accident investigations is working at the crash site. The cause of the air accident is being established," it said.