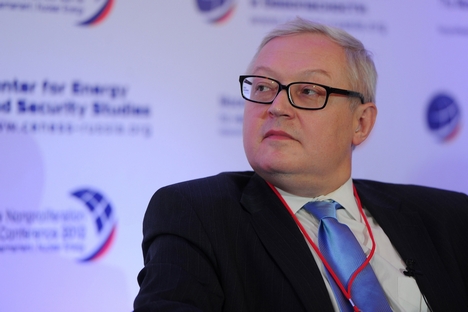 Russia considers the G8 format to be a matter of the past, Russian Deputy Foreign Minister Sergei Ryabkov said in an interview with Interfax.

"We do not see any need to revive what remained in the past," Ryabkov said after being asked whether Russia is ready to resume its work in this format.

"It is like revisiting the past. There is nothing new in it. Consequently, in my opinion, Russia's participation in the G8 is a completely irrelevant issue," the deputy foreign minister said.

The G8 "ceased to exist at the initiative of our Western colleagues," he said.

"We have seen in the past two years that efforts to find practical solutions to a number of key international problems have largely relocated from the G7 format to other formats with Russia's fully-fledged participation. We state this as a reality, as a fact. And I think that it is also indisputable from the point of view of our colleagues," Ryabkov said.