Russian military officials to discuss problems of POWs at meeting in U.S. 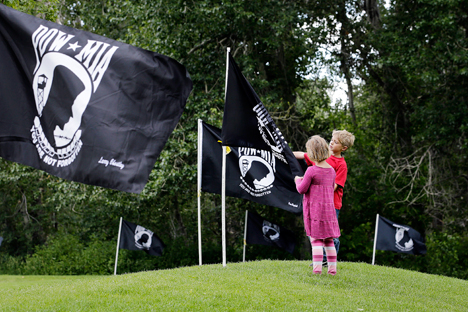 AP
Russia-U.S. commission will gather for a plenary session on May 23-24

A Russian-U.S. Joint Commission on POWs/MIAs will gather for a plenary session in the U.S. on May 23-24, says Vladimir Popov, the chief of the Russian Defense Ministry directorate to commemorate those that were killed while defending their homeland.

"The Russian delegation has finished its work on preparing a plenary session of the Russian-U.S. Joint Commission on POWs/MIAs," Popov told journalists on April 22.

The Russian delegation in Washington held working meetings with its U.S. counterparts and Russian Ambassador to the U.S., Sergei Kislyak, Popov said.

In conclusion of the visit, the Russian delegation laid a wreath on behalf of the Russian Defense Ministry to the National WWII Memorial in the center of Washington, he said.