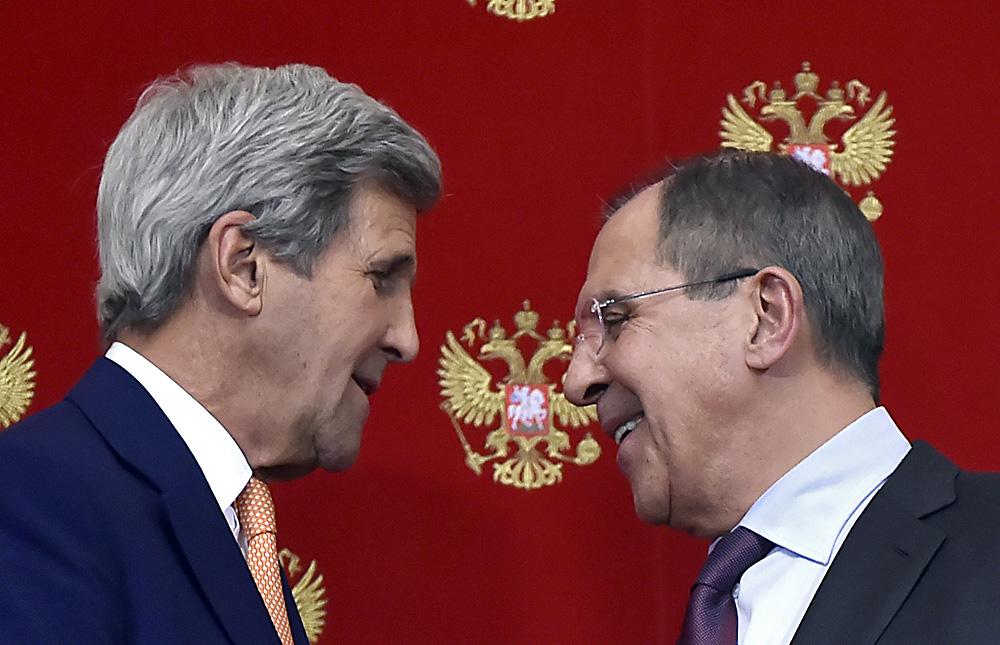 EPA
Sides speak about situation in Middle East by phone

Russian Foreign Minister Sergei Lavrov and United States Secretary of State John Kerry have discussed by phone ways to support and reinforce the truce in Syria, and agreed to continue cooperation within the framework of the International Syria Support Group.

"The foreign policy chiefs continued considering ways of Russian-U.S. interaction in the interest of supporting and reinforcing the truce in Syria, providing its population with humanitarian aid and launching a sustainable political settlement process," the Russian Foreign Ministry said in a statement on April 25.

"Full support was reaffirmed for the ongoing UN-brokered Geneva talks between the country's authorities and their opponents, aimed at setting the contours of the future political system. Lavrov also emphasized the need for swift withdrawal by moderate opposition groups from the areas controlled by the ISIS and Jabhat al-Nusra terrorist groups [banned in Russia], and to cut off the supply routes to extremists," the ministry said.

"It was agreed to continue the cooperation within the International Syria Support Group," it said.

Sides also discussed several other international problems, including the situation in the Middle East peace process, and pressing bilateral issues.

Russian experts: U.S. can't do without Russia in Syria>>>