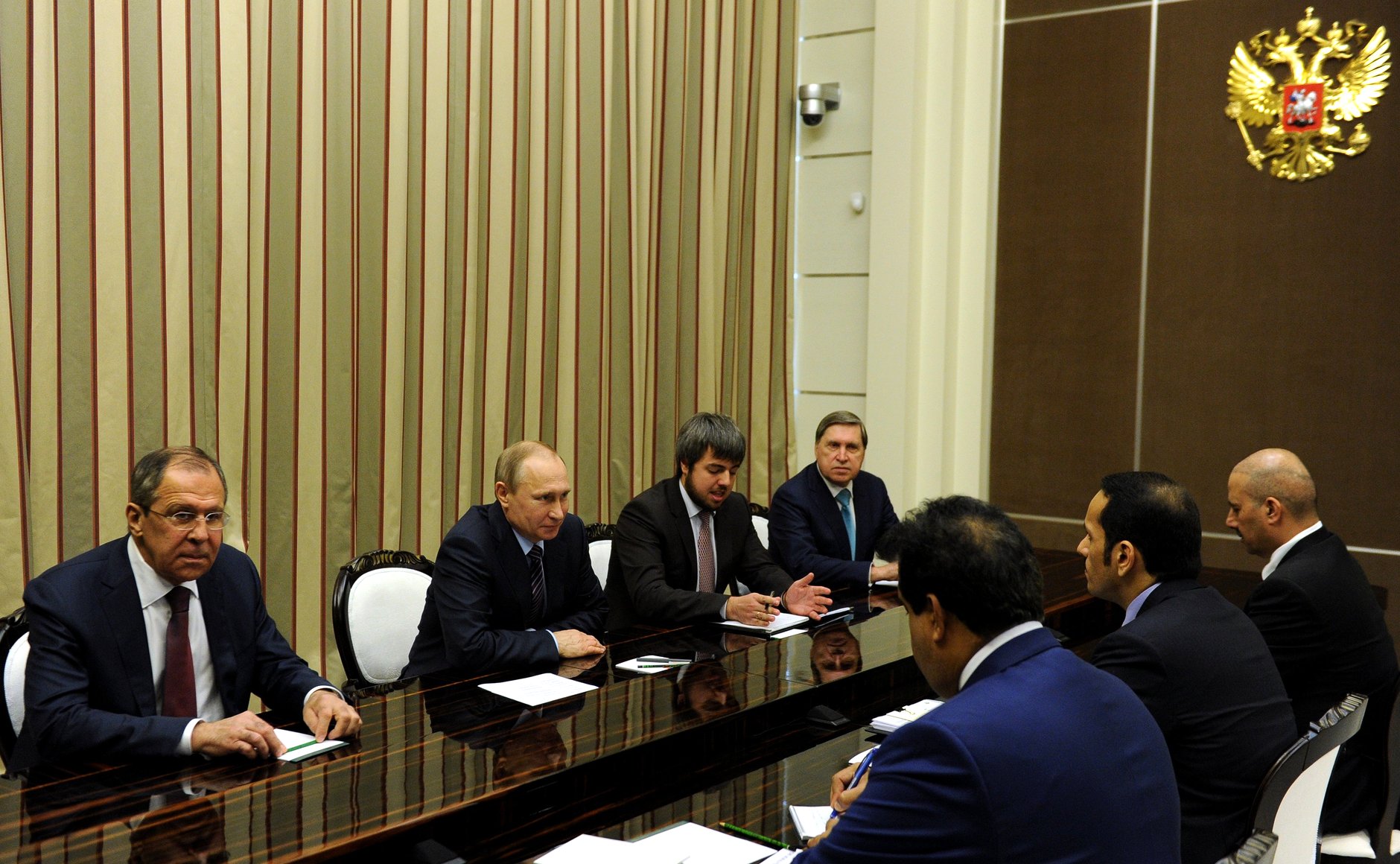 Russian President Vladimir Putin said at a meeting with Qatari Foreign minister Mohammed al-Thani on May 6 that he is ready to discuss the situation in Syria and the Qatari emir's Syrian settlement proposal.

"Just recently, the emir and I spoke over the phone, and he suggested that we meet today. Please, give him my best wishes. I hope he and his family are all healthy and doing well," Putin told Qatar's foreign minister.

Qatar has been playing a key role in the processes under way in the region, the Russian president said.

"We are keeping in touch with you all the time, and we would be pleased to discuss today's situation," Putin said.

The Qatari foreign minister, for his part, noted that he had brought the Qatari emir's verbal message to Putin "dealing with the development of events in our region, especially the situation in Syria."

He thanked Putin for the opportunity to meet.

"We very highly assess the speed of your reaction," al-Thani said, giving the Russian president the Qatari emir's best wishes.

Russian presidential aide Yury Ushakov said earlier that a special agreement on the Russian president's meeting with the Qatari foreign minister had been achieved because, as a rule, the head of state does not meet with ministers. According to Ushakov, during a telephone conversation on April 19, the Qatari emir asked Putin to meet with Qatar's foreign minister, who was going to discuss "some new ideas and considerations in the context of the Syrian settlement process."