Putin: We will break any blockade 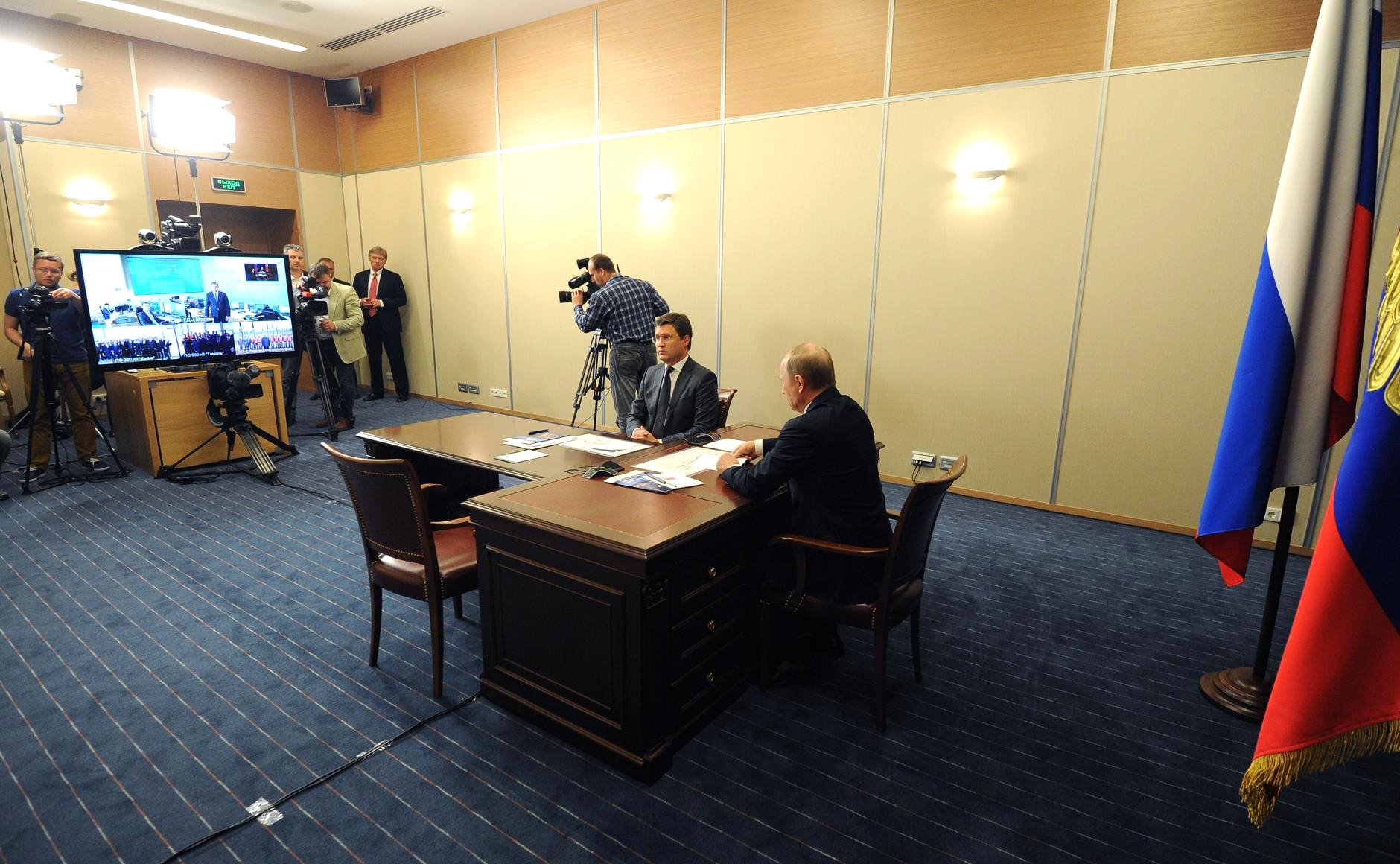 Russian President Vladimir Putin said the power blockade of Crimea was broken within a short period of time and any other blockade against Russia will be broken in the same way.

"The newest technologies were used here, the work, intensive work was done. As a result, the power blockade of Crimea was broken within a short period of time. I have no doubt that we will break any other blockade, if need be, if anyone wants to train us," Putin said during a televised linkup on the fourth, final thread of the power bridge to Crimea.

A vast infrastructural reserve to stimulate prospective economic development will have been built in the peninsula by 2018, Russian president said.

"Currently, two power plants, in Simferopol and Sevastopol, are under construction already, and in September 2017, one power unit in each of them will have been commissioned, and then the aggregate capacity of the two plants will reach 470 MW," Putin said.

By 2018, another 470 MW of power energy will be added to the power system, Putin also revealed. "Thus, a powerful infrastructural reserve will be created in the Crimean Peninsula for prospective development of the economy, creation of new production facilities, consolidation of social services and utilities," Putin said.

"It is planned to allocate more than 50 billion rubles until 2020 for the purposes of modernization and new construction," Putin added.

The power grid of Crimea has not been reworked since the 1950's, Putin remarked.