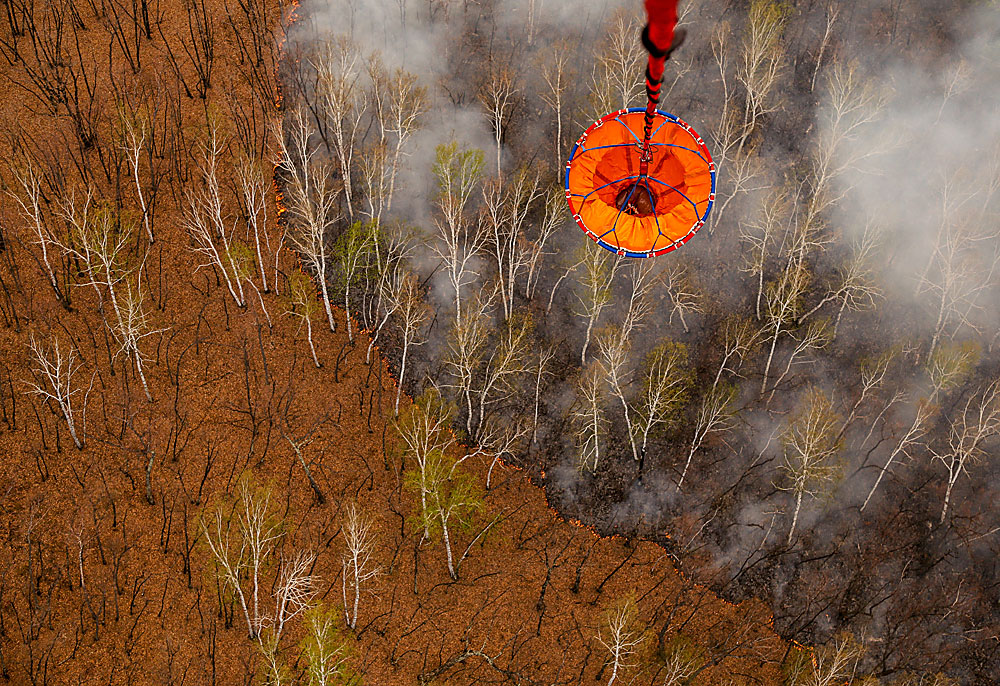 Forest fires have been reported in six districts of the Far East; more than 50 fires broke out over the past day and over 13,500 hectares of the taiga burned, the Far Eastern Federal District forestry department press service said on Thursday.

"Considering the fires which were already burning in the previous days, the district observed 69 fires in the past 24 hours, more than half of them in the Amur region, where the flames had spread across 12,611 hectares," it said.

In addition to the Amur region, wildfires were reported in the Khabarovsk territory (861 hectares), the Jewish autonomous district (487 hectares), the Primorye territory (22 hectares), the Republic of Sakha (Yakutia) and the Magadan region (the areas were insignificant in both cases).

The fires were fought by more than 1,500 men, 276 vehicles and 11 aircraft. Main forces were concentrated in the Amur region, where the wildfire rate was the highest.

"Twenty-seven fires were put out by Thursday morning. Twenty-five fires continued raging in the Amur region, 16 in the Khabarovsk territory and one in the Republic of Sakha (Yakutia)," the report said.