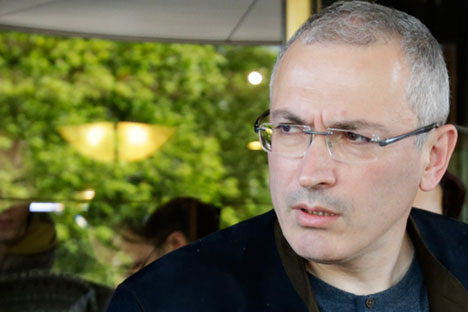 The Russian Prosecutor General's Office has confirmed that documents concerning the 'Khodorkovsky case' have been forwarded to Interpol.

"Only some of the requested additional documents have been forwarded to Interpol. An additional package of documents will be sent to Lyon in the near future," Russian Prosecutor General's Office spokesman Alexander Kurennoi told Interfax.

"Another round of consultations is expected to be held following their consideration," he said.

"The Prosecutor General's Office of Russia is continuing consultations with Interpol's agencies on the issue of placing Khodorkovsky, who is suspected of masterminding the murder of the Nefteyugansk mayor, committed in June 1998, on this organization's international wanted list," Kurennoi said.

Earlier on May 17, a source familiar with the situation said that a new package of documents concerning former head of the Yukos oil company Mikhail Khodorkovsky, who has been accused of involvement in the murder of Nefteyugansk Mayor Vladimir Petukhov, had been forwarded to Interpol.

Read more: Khodorkovsky not to pay attention to Russia declaring him wanted>>>