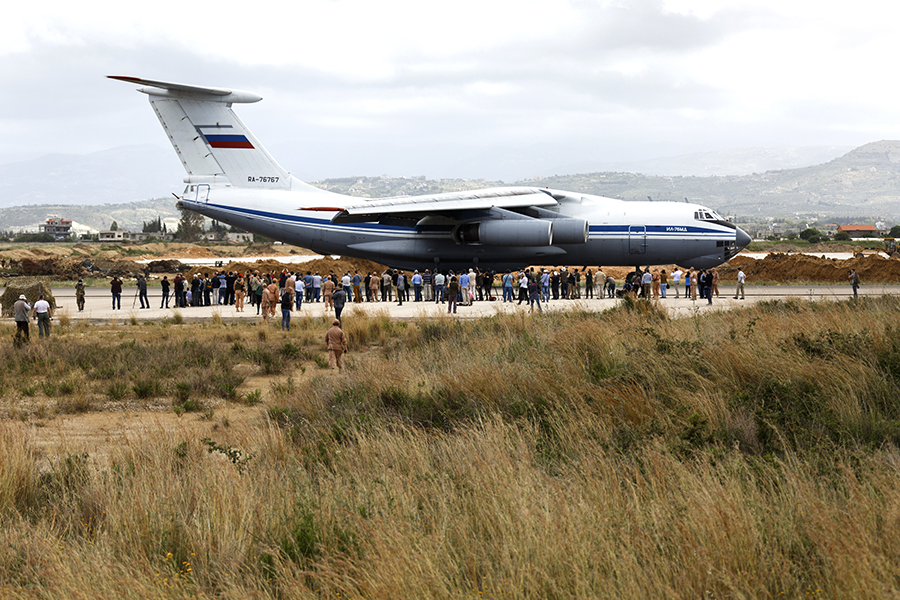 Russian military base in Khmeimim.

Around 3.5 tons of humanitarian aid, including bread baked in Syria using Russian flour, have been delivered to Syria's Homs Province to be distributed among students and teachers of a school in the village of Al-Qanaqiyah.

"The delivery of humanitarian aid for the population has already become a good tradition of the Russian military present here, in Khmeimim. This is the fraternal Russian people's aid for the Syrian people," a spokesman for the Russian center for reconciliation of the opposing sides in Syria, Col. Igor Borodin, told reporters on May 17.

"Armed clashes have been under way for the third day in a row here, in the settlement of Zarah, which is located literally 3-4 kilometers from this place. Militants have recently taken up to 100 people hostage there. More than 50 people have been killed," Borodin said.