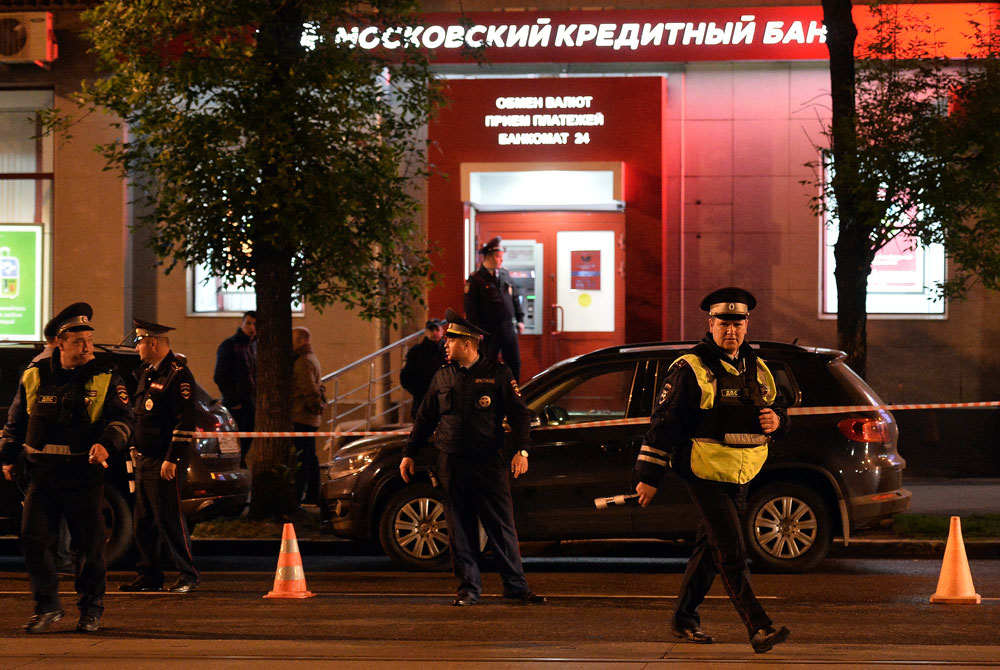 The man who attacked a Moscow Credit Bank branch in eastern Moscow on May 18 evening has been identified as Alexei Ukhin, 29, who, investigators believe, was trying to solve his financial problems.

"The man suspected of committing this crime has already been identified as Alexei Ukhin, born in the Moscow region in 1987," the press service of the Russian Investigative Committee told Interfax on May 19.

The main theory being considered is that it was a "financially motivated crime."

"Given the real threat to the hostages' lives and health, the man suspected of committing this crime was eliminated during a special operation to free the hostages," the Russian Investigative Committee said.

The Investigative Committee's branch for Moscow has opened a criminal case into the incident, it said.

According to investigators, law enforcement agencies were alerted on the evening of May 18, 2016 that an unknown man had taken six people hostage in a Moscow bank branch, located on Pervomaiskaya Street, eastern Moscow. The attacker had an item resembling an explosive device.

All hostages were freed overnight into May 19. Their lives and health are not in danger. The attacker was shot dead during a police operation.