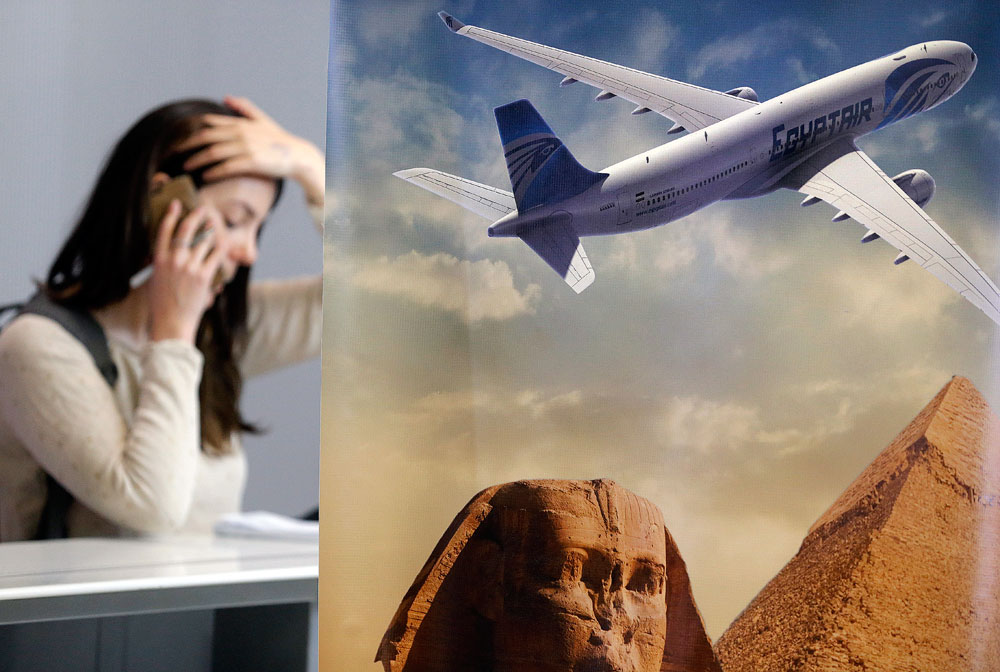 A journalist reports from the Egyptair desk at Charles de Gaulle airport, after an Egyptair flight disappeared from radar during its flight from Paris to Cairo, in Paris, France, May 19, 2016.

"You know what happened to a plane in Egypt. It looks like this is a terrorist attack resulting in the deaths of 66 citizens of different countries," Bortnikov said in Minsk on May 19.

A plane flying from Paris to Cairo went off radar screens at 00:45 GMT on May 19.

EgyptAir flight MS804 departed from the Charles de Gaulle Airport in Paris at 23:09 GMT. The aircraft was heading for Cairo International Airport. According to the airline, there were a total of 66 people on board the plane, including 56 passengers.