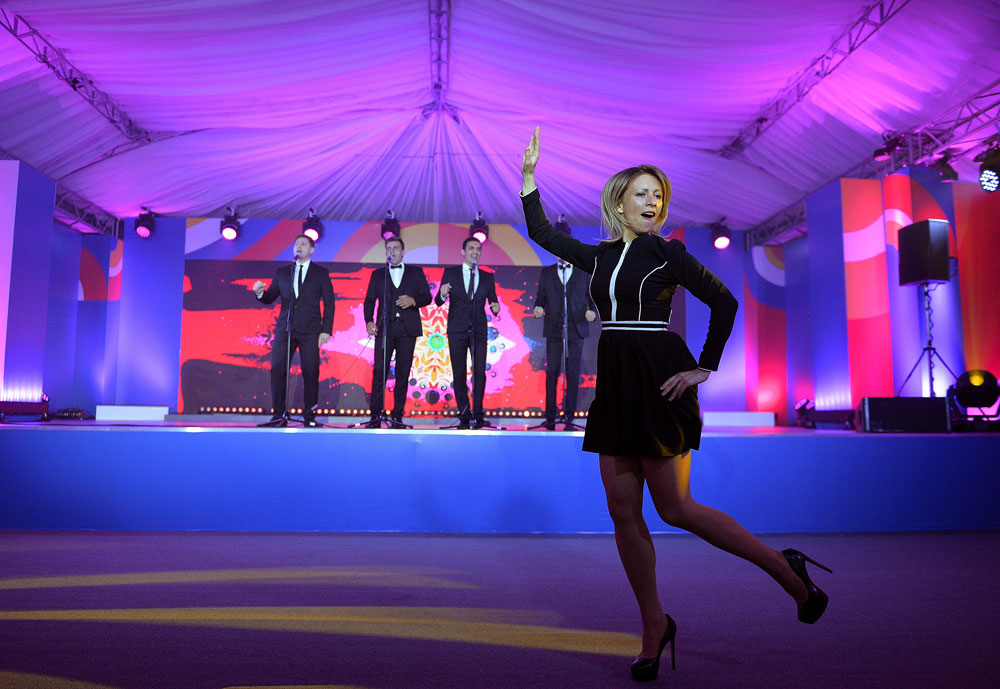 Russian Foreign Ministry spokeswoman Maria Zakharova dances during the reception in honour of heads of the delegations at the Russia-ASEAN summit in Sochi, Russia

Russian Foreign Ministry spokeswoman Maria Zakharova has held her promise to journalists working at the Russia-ASEAN summit in Sochi and performed the traditional Russian Kalinka dance.

The unusual performance of the high-ranking diplomat took place during a concert organized on the sidelines of the summit on May 19 evening.

At an earlier press conference Zakharova had promised the attendees Russian folk dances, and that she personally would dance the Kalinka, given the chance.

After the evening's compere described the Kalinka as "a favorite not only of Russians and Chelsea fans, but a lot of foreigners too," the spokeswoman took to the dancefloor.