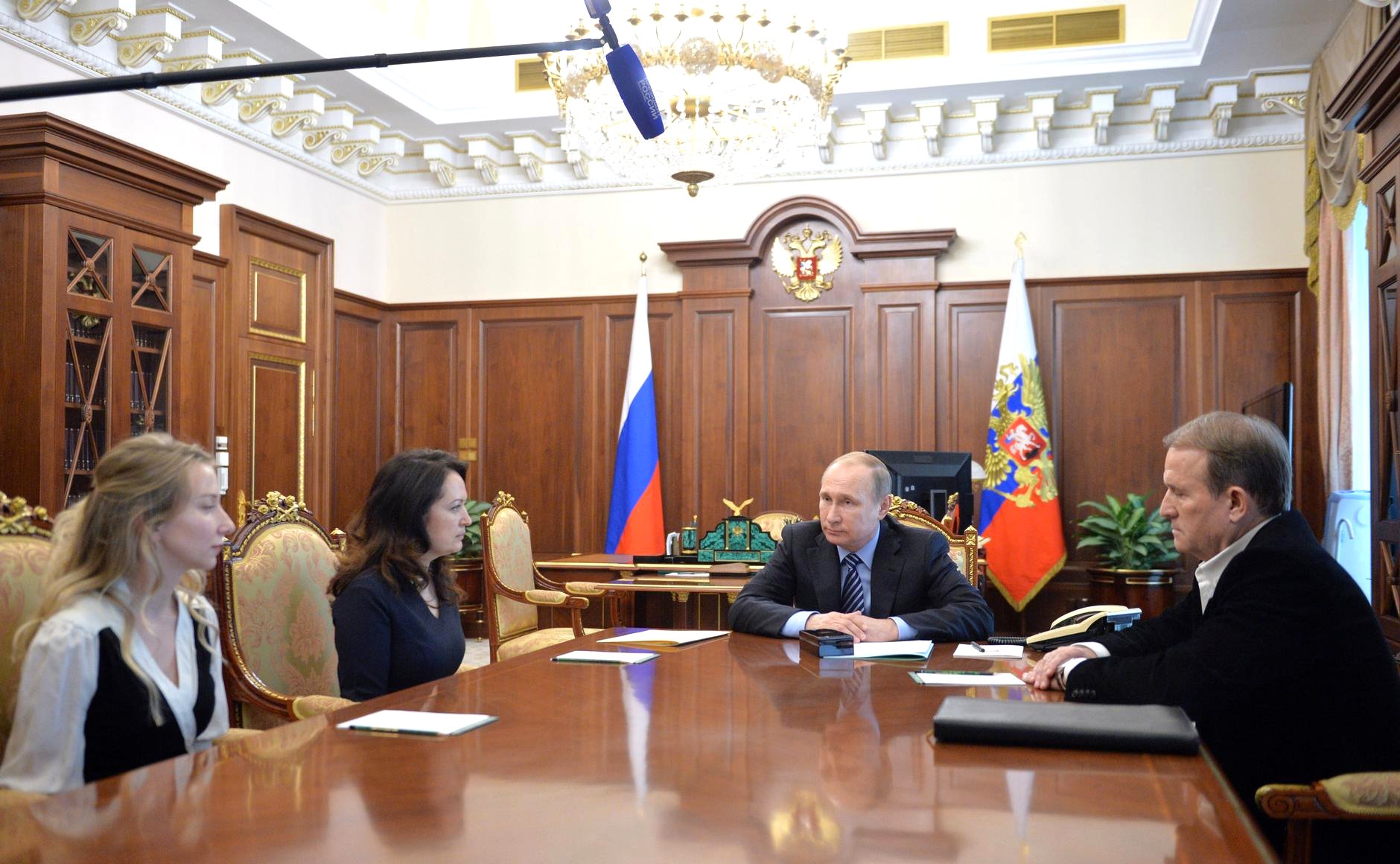 Russian President Vladimir Putin said the decision on pardoning Ukrainian pilot Nadiya Savchenko was "dictated by considerations of humanism" and, as he hoped, should help reduce tensions in the conflict zone in southeastern Ukraine.

"I would like to express the hope that such decisions dictated primarily by considerations of humanism should reduce confrontation in the well-known conflict zone and should help avoid such horrible and unwarranted losses," Putin said at a meeting with relatives of the Russian journalists killed in Ukraine.

The Russian presidential decree pardoning Nadiya Savchenko has been published on the official Kremlin website.

"Pardon convict Nadiya Viktorovna Savchenko, who was born in Kyiv on May 11, 1981, exempting her from further serving her term in prison. The decree takes effect on the day it is signed," the document says.

The decree is dated May 25.

A plane owned by the state transport company Rossiya has taken to Moscow Russian citizens Yevgeny Yerofeyev and Alexander Alexandrov, who were in Kiev, on May 25, Russian presidential press officer Dmitry Peskov told reporters. Savchenko has returned to Ukraine.