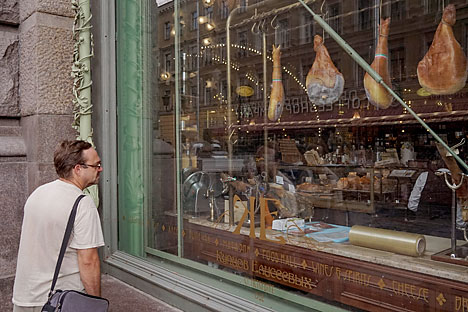 Russian Prime Minister Dmitry Medvedev has given orders for the Russian food embargo to be extended not by one year, but until the end of 2017.

"Our producers have said on several occasions that they want the food embargo on agrarian goods and farm produce from those countries that imposed or joined sanctions against Russia to remain in place. I want to say that I have given instructions to draft proposals on extending the response measures not by one year, but until the end of 2017," he said at a meeting with members of the Russian Union of Industrialists and Entrepreneurs (RUIE).

Medvedev said an appeal to the president and the necessary government resolution would be drafted.

"Therefore, those engaged in the agricultural business, the agro-industry, will receive a longer, more distant horizon for planning their investment, which they have repeatedly requested. Both the major agricultural companies and the relatively smaller ones will receive the ability to tally up how and what will be produced over a longer-term outlook," he said.