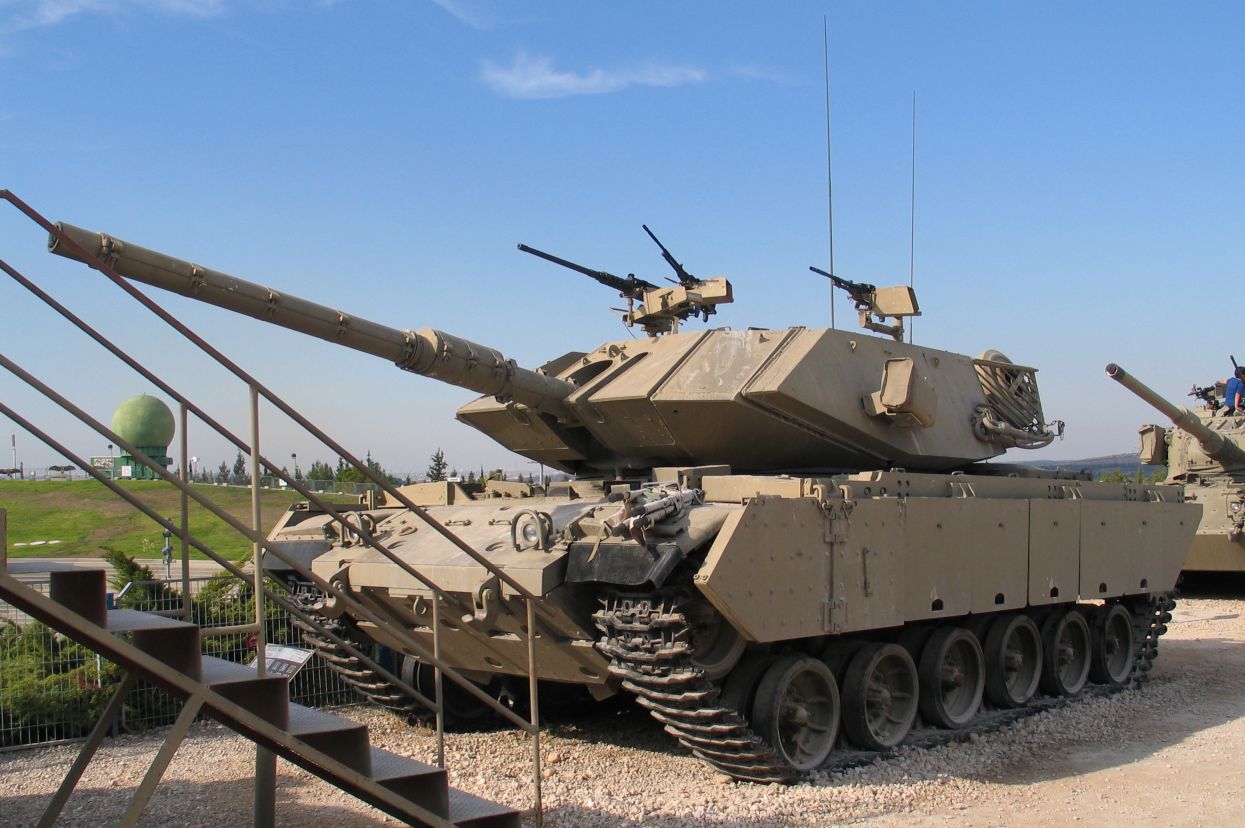 The Israeli side presented the similar tank model for the museum exposition.

Russia has handed over to Israel a tank M48 Magach-3, which had been lost by the Israeli army and had been seized by the Syrian troops during the First Lebanon War in 1982, an Interfax-AVN correspondent reports.

A festive ceremony to hand over the tank was held at the Central Museum of Armored Vehicles and Equipment of the Russian Armed Forces Military Patriotic Park of Culture and Leisure, where the combat vehicle had been stored since 1983.

The Israeli side presented the similar tank model for the museum exposition, the Russian Defense Ministry said.

"This is a very special and important moment for me and all Israeli citizens. We mark the 25th anniversary of our resumed diplomatic relations," Israeli Prime Minister Benjamin Netanyahu said at the ceremony to hand over the tank.

Israel remembers and respects the Red Army's role in the battles against Nazism during the Great Patriotic War.

"Everyone who fought knows the truth - not to leave friends in the battle. We have been searching for our soldiers for 34 years and are not going to stop searching [for them], until we return them to Israel. All this time, their families had no opportunity to visit their graves. Now they will have this tank, which fought in the battle in Sultan Yacoub, which they will be able to visit and will be able to touch the memory of their loved ones," Netanyahu said.

He thanked Russian President Vladimir Putin, primarily on behalf of the families of perished tank crewmen.

"This tank will be a symbol of heroism of our soldiers, a symbol of friendship between Israel and Russia," Netanyahu said.

The year of 2016 is an anniversary year for the relations between Russia and Israel, Chief Commander of the Russian Ground Forces Col. Gen. Oleg Salyukov said. "We mark the 25th anniversary of restoring the diplomatic relations exactly this year. During all these years the Russian Federation and the State of Israel sought to build cooperation as reliable and equal partners," Salyukov said.

"Today's event resulted from an agreement between the leaders of our countries; all of us treat it with large respect and deep understanding. For me personally, this is especially important, because being the chief commander of the Ground Forces, I am also a graduate from the tank college and the military armored forces academy," the chief commander also said.

Video: The new 'combat' T-34 tank that fits in the trunk of your car

Russia's military history saw many examples, when such a menacing weapon as tanks was crucial for the outcome of battles, tanks became monuments and museum exhibits in many Russian cities, he said.

"In this respect, your striving to return the Magach tank to Israel is close and understandable for us. I believe that today's event is an indicator of our countries' attitude to the memory of fallen fighters," Salyukov said.

He said that he was sure that the Magach tank brought back from Russia would take a worthy place at the tank museum in the city of Latrun, and the operation to return it would confirm energetic development of Russian-Israeli relations.

As was reported, Russian President Vladimir Putin had granted Prime Minister's Netanyahu's request to return to Israel the Magach tank, which the Israelis had lost in the battle near the Sultan Yacoub village during the First Lebanon War in 1982.