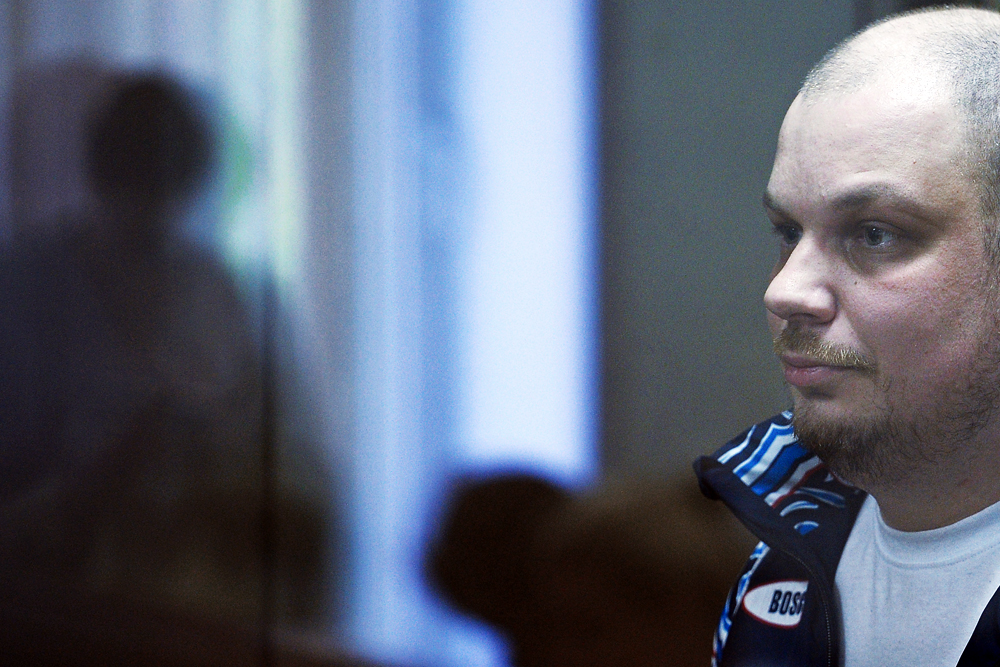 Yevgeny Petrin, a former employee of the Moscow Patriarchate's External Church Relations Department and a Federal Security operative charged with high treason, was sentenced to 12 years in prison by the Moscow City Court.

Alexander Vilf/RIA Novosti
Yevgeny Petrin will also have to pay a fine of $3,000

The Moscow City Court has convicted a former employee of the Moscow Patriarchate's Department for External Church Relations, Yevgeny Petrin, of high treason and has sentenced him to 12 years in prison, an Interfax correspondent reported on June 14.

The judge read out only the title and the substantive provisions of the verdict because it is a classified case. A panel of three judges heard the case.

Petrin will serve his sentence in a high-security prison, will also have to pay a fine of 200,000 rubles ($3,000) and faces a two-year custodial restraint.

All material evidence examined during the trial will be kept at the Russian Federal Security Service (FSB).

Petrin's defense team has announced plans to appeal the conviction.

The state prosecutor had earlier demanded a 19-year term in a high-security prison for Petrin. The defense team had insisted that its client be acquitted.

Petrin was detained on June 5, 2014 and remanded in custody.

The Synodal Information Department said that law enforcement agencies had become interested in Petrin, who faces high treason charges, due to his activity prior to his work in the Church.

For his part, the brother of the defendant told Interfax that Petrin had previously worked in the Russian special services, but resigned voluntarily.

"Yevgeny, working as an official of the Moscow Patriarchate's External Church Relations Department since 2013, met on duty with foreigners, whom he suspected of espionage in favor of the U.S. in detriment to the Russian Orthodox Church's interests, particularly in Ukraine," he said.

His brother reported on the meeting to his previous employer, but the special services were not interested in the information, he said. Petrin continued collecting information independently, until he was detained.