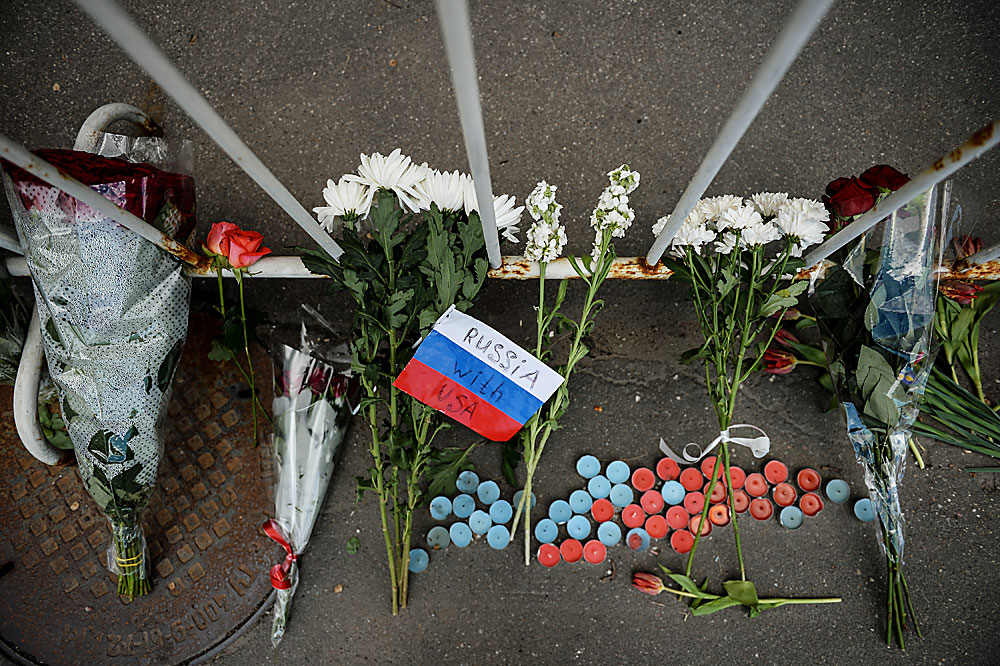 Flowers left outside the US Embassy in Moscow in memory of those killed in the night club shooting in Orlando.

"We strongly condemn this barbaric crime. I ask that words of condolences and support to the families and the loved ones of the deceased and wishes of a speedy recovery to the injured be conveyed," the prime minister said in his telegram.

On June 12, at night, a U.S. citizen of Afghani origin Omar Mateen opened gunfire at a gay club in Orlando, Florida, killing 49 people and wounding 53. The gunman was shot dead during the police operation.

Before committing the crime, he called the police and said he was connected with the Islamic State group. ISIS later claimed responsibility for the terrorist attack.

The Orlando attack is already called the bloodiest incident involving the use of firearms by a sole person in the U.S.

Putin offers condolences to Obama, all Americans over Orlando tragedy>>>