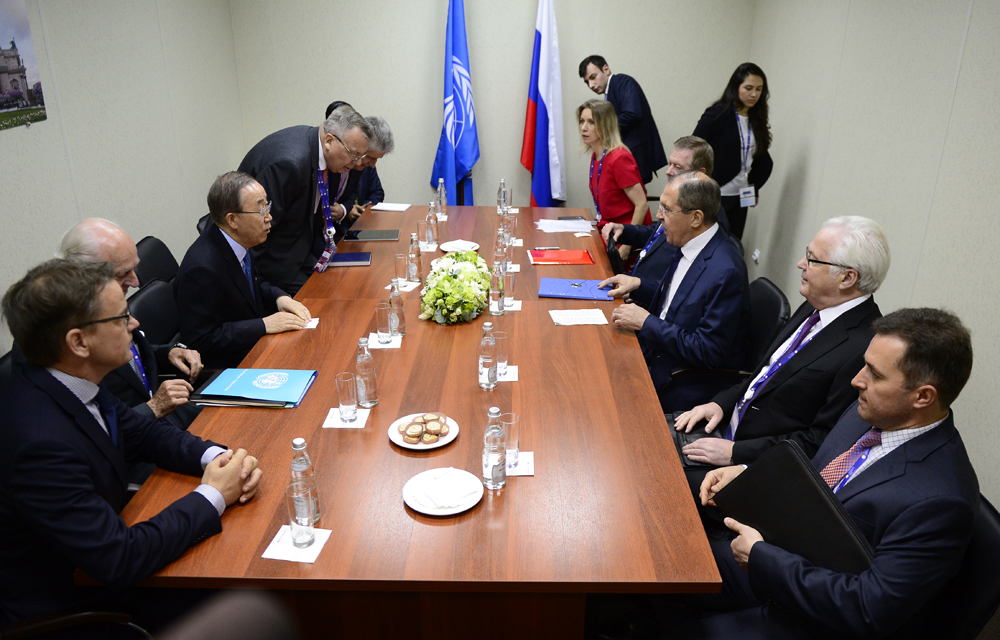 Just and viable resolution of the crises in Syria, Libya, Yemen and the Middle East requires the taking into account of the interests of all parties involved, Russian Foreign Minister Sergei Lavrov said during a meeting with UN Secretary General Ban Ki-moon on the sidelines of the 20th St. Petersburg International Economic Forum (SPIEF).

The meeting also addressed issues relating to the fight against international terrorism, the Russian Foreign Ministry said in a report on June 16.

The report said that the meeting participants "expressed their common opinion on the need to take additional efforts to achieve progress in prompt settlement of the regional crises."

The meeting also addressed "issues relating to the fight against terrorism, specifically, in the context of the reform of the anti-terrorist architecture of the UN," the ministry said.