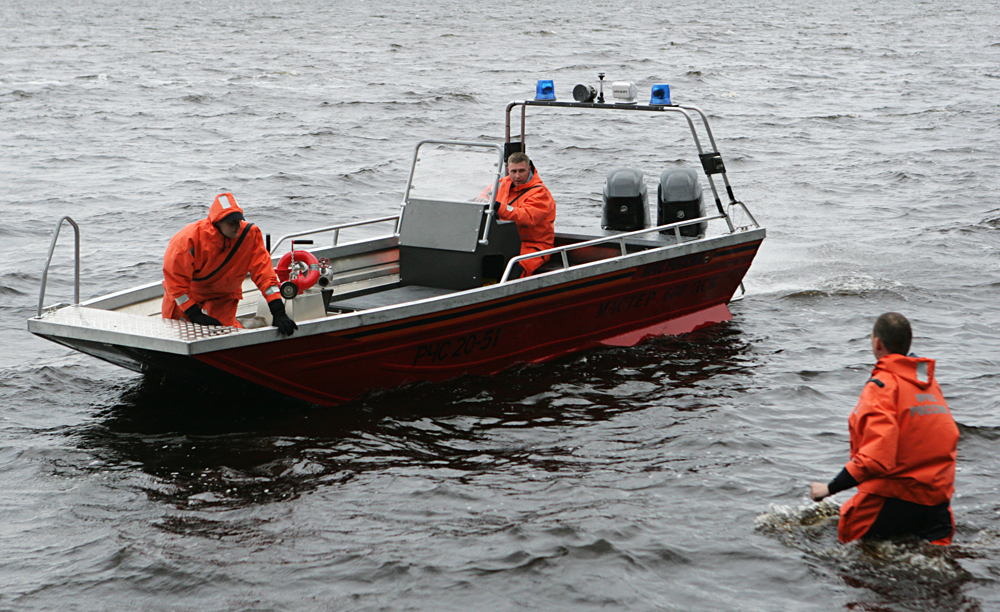 Rescuers on the Lake Syamozero in Karelia.

The Emergency Situations Ministry press service told Interfax the plane was carrying 33 children - those who went on the boating trip, including the 12 children who were hospitalized in Petrozavodsk.

One boy, who had a back injury, was carried on a stretcher. During the flight, he was assisted by doctors from the Tsentrospas unit, who also monitored the other children.

On the plane, Puchkov talked with the children several times. Before the flight, he came up to each of them and asked how they felt. Immediately after landing, the minister again came to the children to thank them and say he is proud of each of them.

"I want to thank each one of you. In this difficult situation, you manifested strength and selflessness [...]. The Emergency Situations Ministry team and I are proud of you. I wish you success and have a good rest. I am proud of you," the minister said.

Karelia camp where children killed in Syamozero to be closed>>>