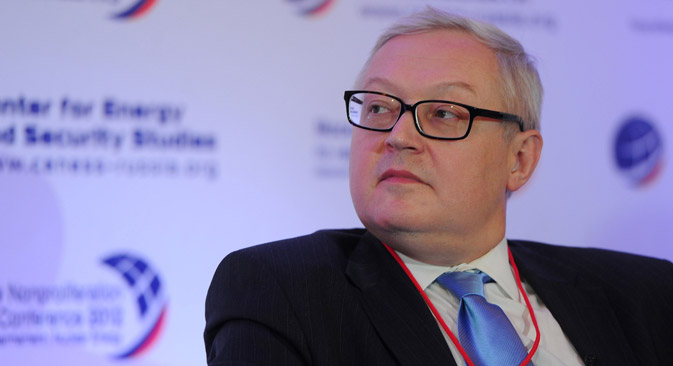 ITAR-TASS
The consultations will be held in Moscow on July 4.

Senior diplomats from the Russian and Japanese Foreign Ministries will meet in Moscow on July 4 for security consultations, Japan’s Foreign Ministry said on July 1.

Japan will be represented by Kimihiro Isikane, director of the Asia-Pacific Region Department of the Foreign Ministry. Deputy Foreign Minister Sergei Ryabko will represent Russia.

Japan’s NHK television channel reported on June 30 that the Russian and Japanese diplomats were set to discuss key international issues, including the Syrian conflict and developments on the Korean peninsula.