Russia, India agree on types of warships to take part in Indra Navy 2016

Sputnik
Russia and India have agreed on the number and type of warships involved in the joint naval exercises.

The Russian Pacific Fleet and the Indian Armed Forces have agreed on the number and type of warships that will be involved in the joint Russian-Indian naval exercises, Indra, in December 2016, a spokesman for the Russian Defence Ministry’s Eastern Military District said Wednesday.

He noted that the final composition of forces and means involved in the drills would be specified during the final planning conference, which is scheduled for October.

The Indra exercises, first held in 2003, are tasked with boosting cooperation and interoperability between the Russian and Indian navies. In 2016, some 500 servicement are expected to be engaged in the drills, according to the Russian Defence Ministry. 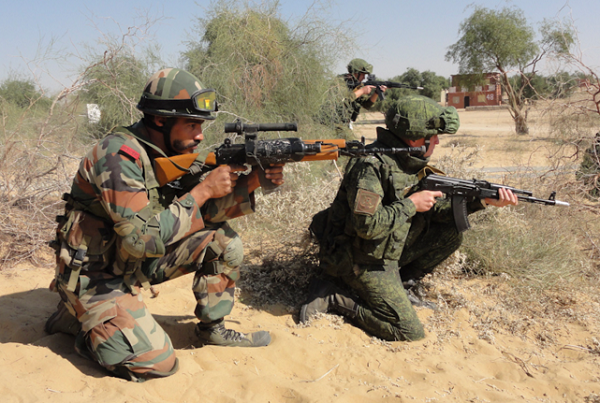