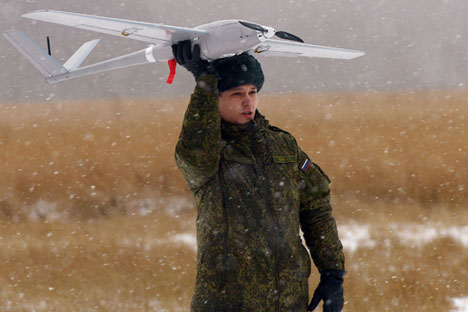 A cadet of the Defence Ministry's State Center of Unmanned Aviation during the launch of the Orlan-10 unmanned aerial vehicle at a training field in the Moscow Region.

More than 100 persons who underwent special training under an updated program have already passed examinations, the spokesman added.

"The exercise designed to practice neutralizing unmanned aerial vehicles has been included in the program for the first time," he added.