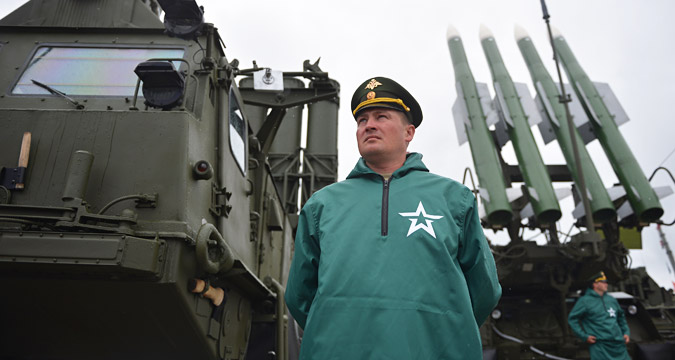 Serviceman in front of the anti-missile S-300 system at the ceremony of opening the ARMY-2015 international forum in the military park Patriot, in the town of Kubinka, Moscow Region, June 16, 2015.

“The first batch of missiles of the S-300PMU2 has arrived in Iran. These systems will reinforce the air defense of the Islamic Republic of Iran,” the news agency said.

Iran plans to place the air defense systems it has received from Russia on combat alert until March 20, 2017, the news agency said.

It was reported in April this year that Russia had started the deliveries of S-300 surface-to-air missile systems to Iran. Some elements of these systems, in particular, radars, were demonstrated at a military parade in Tehran on July 17.

Russia signed a contract with Iran in 2007 for the delivery of S-300 air defense systems to the Islamic Republic. However, the contract’s fulfillment was suspended by UN Security Council Resolution No.1929 on June 9, 2010, which banned the transfer of modern armaments to Iran, including missiles and missile systems.

In April 2015, President Vladimir Putin lifted Russia’s ban on the delivery of S-300 air defense systems to Iran and in November that year the contract came into force.