WADA calls for ban on all Russian athletes at Rio Olympics 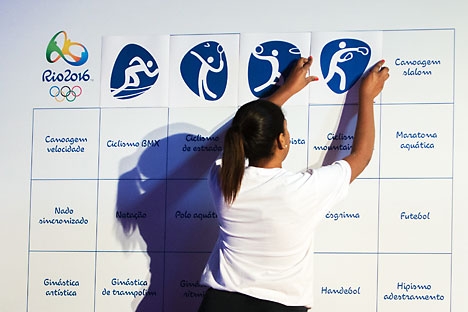 WADA delivered a report of its investigation into widespread doping abuse and sample swapping by Russian athletes.

The World Anti-Doping Agency (WADA) has called on international sports society to ban Russian athletes from taking part in all international athletic competitions, including the 2016 Summer Olympic Games in Brazil in August.

WADA Independent Commission delivered earlier on July 18 a report of its investigation into widespread doping abuse and sample swapping by Russian athletes, with the support of state, sports officials and the security services, during the 2014 Winter Olympic Games in Sochi.

"WADA calls on Sport Movement to deny Russian athletes participation at international competitions including Rio until ‘culture change’ achieved," Ben Nichols, a spokesman for WADA, wrote on his Twitter account after the investigation’s finding were made public in the commission’s report.

The report was presented by Richard McLaren, a Canadian law professor, who chaired the WADA Independent Commission.

"McLaren investigation into doping in Russia reveals most deliberate and disturbing abuse of power ever seen in sport," Nichols wrote. "Doping scheme across 30 sports mean there can no longer be presumption of innocence."