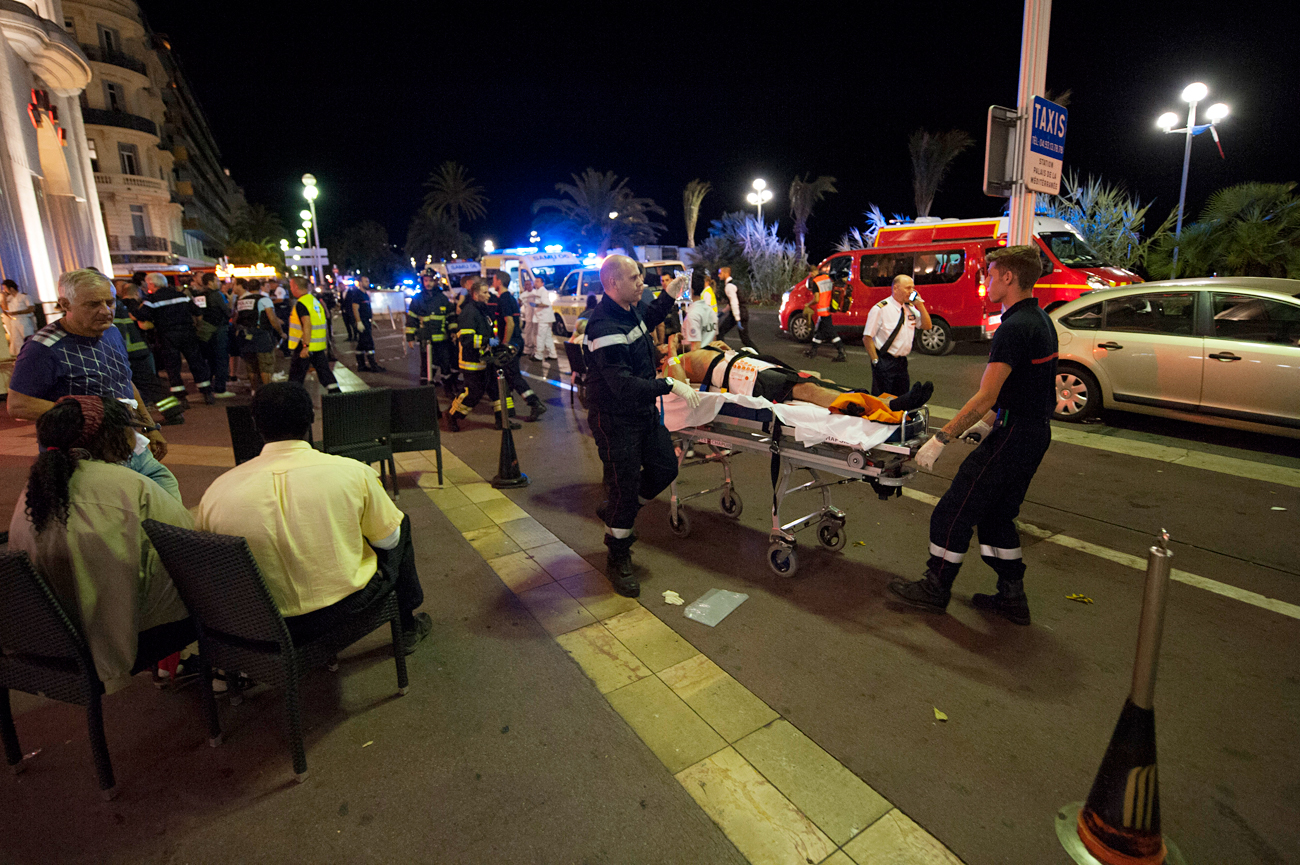 Wounded people are evacuated from the scene where a truck crashed into the crowd during the Bastille Day celebrations in Nice, France, 14 July 2016.

On July 14 night, a truck plowed at full tilt into the crowd on the Promenade des Anglais when thousands of people were about to go away after the festive fireworks on the occasions of Bastille Day. A total of 84 people died and more than 200 others were wounded, many of them severely. The truck driver was shot dead by the police in an attempt to stop the truck.