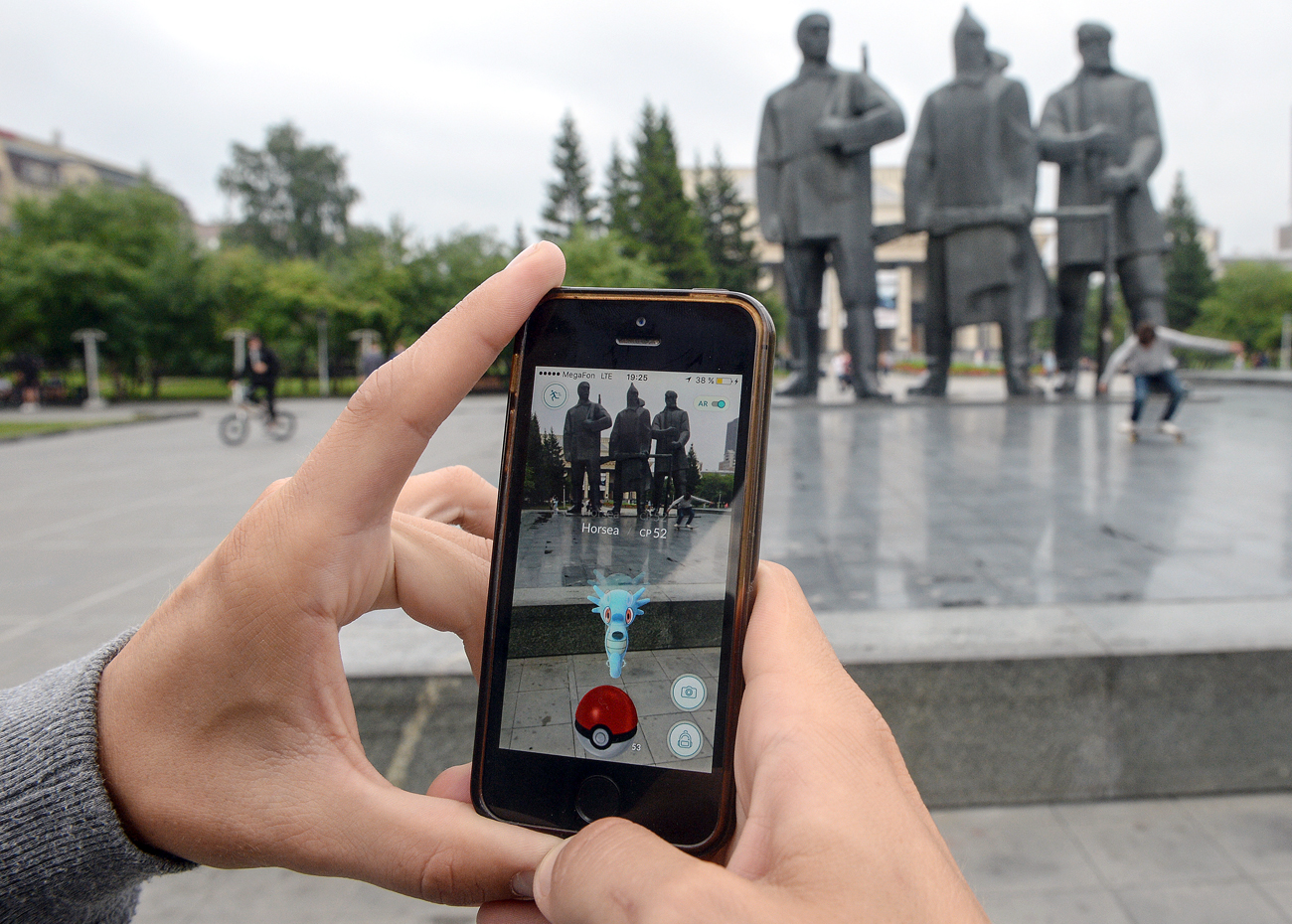 Pokémon Go, the mobile game from Nintendo, on their mobile phones in the park across the street from the Novosibirsk's Opera and Ballet Theater.

The Russian Ministry for Emergency Situations has issued recommendations for players plunging into virtual environment in an effort to catch Pokémon characters, Minister Vladimir Puchkov said on July 28.

"Our specialists from the Academy of State Fire Department have already prepared and circulated recommendations" and hold masterclasses in safe hunting for Pokémons, Puchkov said.

"On the one hand, it is an interesting new game, but on the other dozens and hundreds of thousands of people, who lose touch with reality paying no attention to street lights and crosswalk signals, find themselves in a risk zone," he said.

"Secondly, when somebody releases information and thousands get together in the same place trying to get one and the same Pokemon, it can only lead to a trouble. In order to avoid problems, we are taking a set of measures," he said.

In conditions of dynamically developing technologies and IT development a prompt reaction to emerging new threats is needed, the minister said.

Pokémon Go is an extensive multiplayer free online game with elements of augmented reality, developed by Niantic for IOS and Android devices. Released in July 2016, the game allows players to capture, train and fight with virtual Pokemon, which can be found in real world locations.

Within a week after its release, Pokémon Go became a hit and boosted capitalization of Japan’s Nintendo, which owns a series of games under the Pokemon brand since 1996, more than 1.5-fold. Though the game has not been officially released in Russia, some users have found a way to gain access to the popular game, for instance, by changing their region to the US on their smartphone settings.