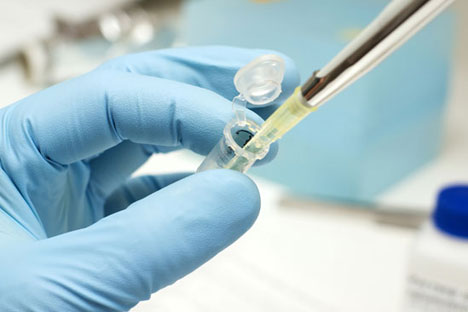 In late January, RUSADA and UKAD signed a cooperation agreement, which will be in effect until RUSADA regains its status.

Russia has paid $1 million for the services of the UK Anti-Doping Agency (UKAD), which is cooperating with its Russian counterpart RUSADA and testing Russian athletes, Sports Minister Vitaly Mutko said on July 29.

The commission accused certain athletes and sports officials of doping abuse and involvement in other activities related to violations of international regulations on performance enhancing substances.

RUSADA and the Moscow anti-doping laboratory subsequently suspended their activities, while WADA’s Board of Founders approved the finding of the agency’s Independent Commission that RUSADA did not comply with the Code of the international anti-doping organization.

Doping scandal: What are the implications of the IOCu2019s decision on Russia?

In late January, RUSADA and UKAD signed a cooperation agreement, which will be in effect until RUSADA regains its status.

"We have been working with UKAD since January 2016. Abuses were exposed only in three athletes. We spent over $1 million on this work. But suddenly we were confronted with the problem that this could not be considered as international testing," Mutko said at a meeting of the Russian Sports Ministry’s board.

"Many of our athletes are young and do not have records in international federations. Some of them didn’t have a single international doping test. But they are open for doping control. However, we have been confronted with misunderstanding," Mutko said.

The WADA Independent Commission chaired by Canadian law professor Richard McLaren released a report on July 18 on the results of its probe into the accusations of doping and manipulation of tests by Russian athletes and officials at the 2014 Sochi Winter Olympic Games.

Going to Rio: How Russia escaped a full Olympic ban>>>