Russia to argue at CAS suspension of weightlifters from Olympic Games 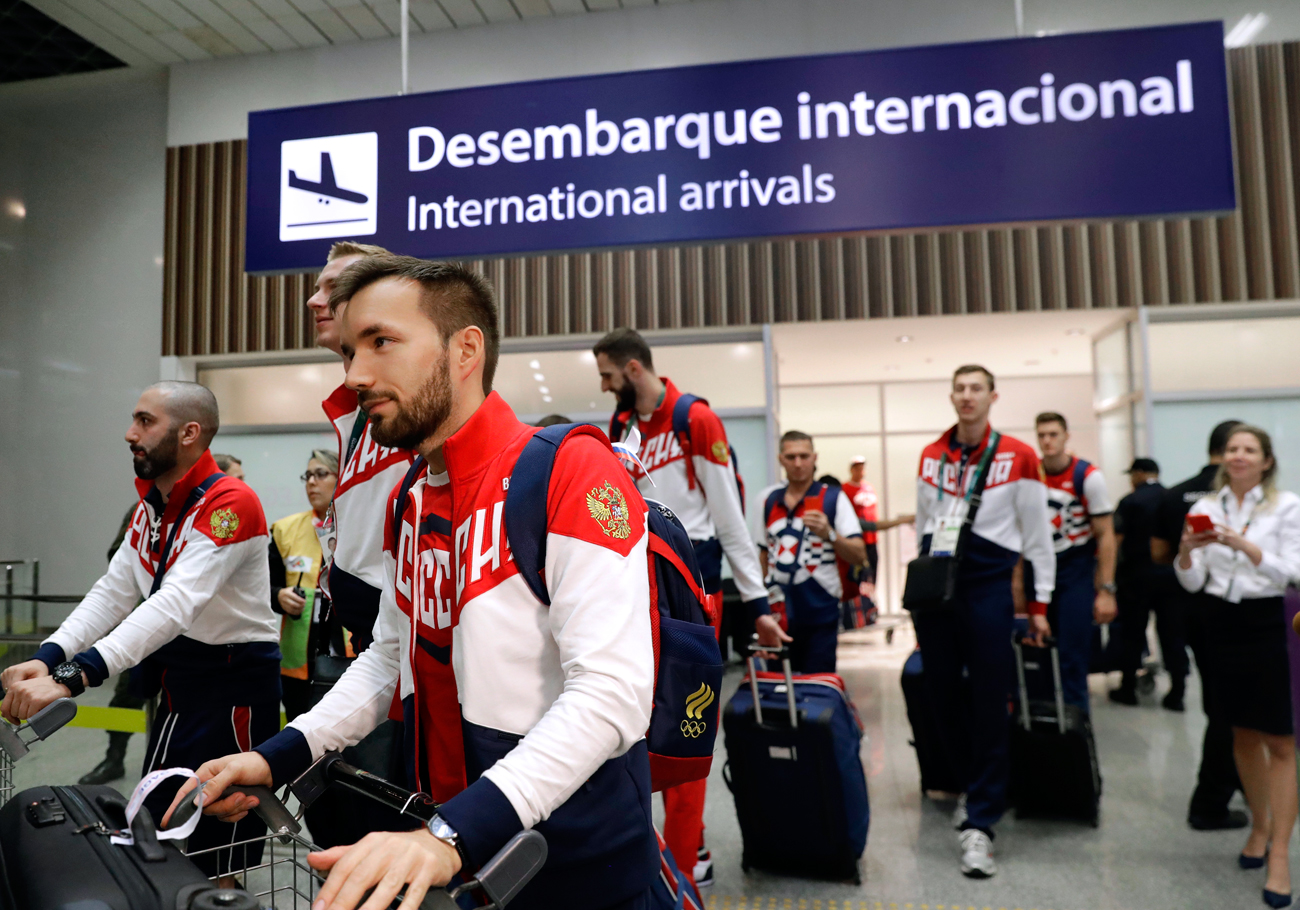 AP
The decision by the Court of Arbitration for Sports (CAS) was blamed as cynical by Russian sportsmen. Ministry of Sports promised to protect the athletes, but they may not have enough time for legal procedures before the Olympics kick off.

Russia will argue at the Court of Arbitration for Sports (CAS) the suspension of its weight-lifters from the Olympic Games in Rio de Janeiro, Minister of Sports Vitaly Mutko said in an interview with Match TV on Saturday. "CAS works 24/7," he said. "We shall attempt protecting our athletes."

The IWF ruled earlier on same day to disqualify the entire weightlifting team from the Games over the multiple cases of violation of anti-doping rules.

"As of today there are 7 confirmed AAFs (Adverse   Analytical Findings - TASS) for Russian weightlifters from the combined reanalysis process of London and Beijing (Summer Olympic Games of 2012 and 2008 respectively - TASS), while the second wave of Beijing reanalyses is not yet in a stage when the names and countries involved can be publicly disclosed," the IWF said in a press release.

"(…) we would like to highlight the extremely shocking and disappointing statistics regarding the Russian weightlifters," the document said.

"The cynicism of the move lies in the fact the IWF could do it three weeks ago," Yeryomin said. "I think it is ulfilling an apparent political contract."

"They procrastinated until the last minute and didn’t leave a chance of organizational or legal steps for the team of a country where weightlifting has always been a leading sports discipline and a brand identity," he said.

"That’s treachery and cynicism of the highest grade and I think it highlights the crisis in world sports and the international Olympic movement," Yeryomin said. "That beats  just everything!"

As of Saturday, the Russian national team to the Olympic Games in Rio de Janeiro unites 266 athletes, representing 29 kinds of sports, Russia's   Minister of Sports Vitaly Mutko said in an interview with Match TV.

"Now, all the work is done by the IOC and international federations," he said. "As of this morning, we have 266 athletes in 29 kinds of sports."