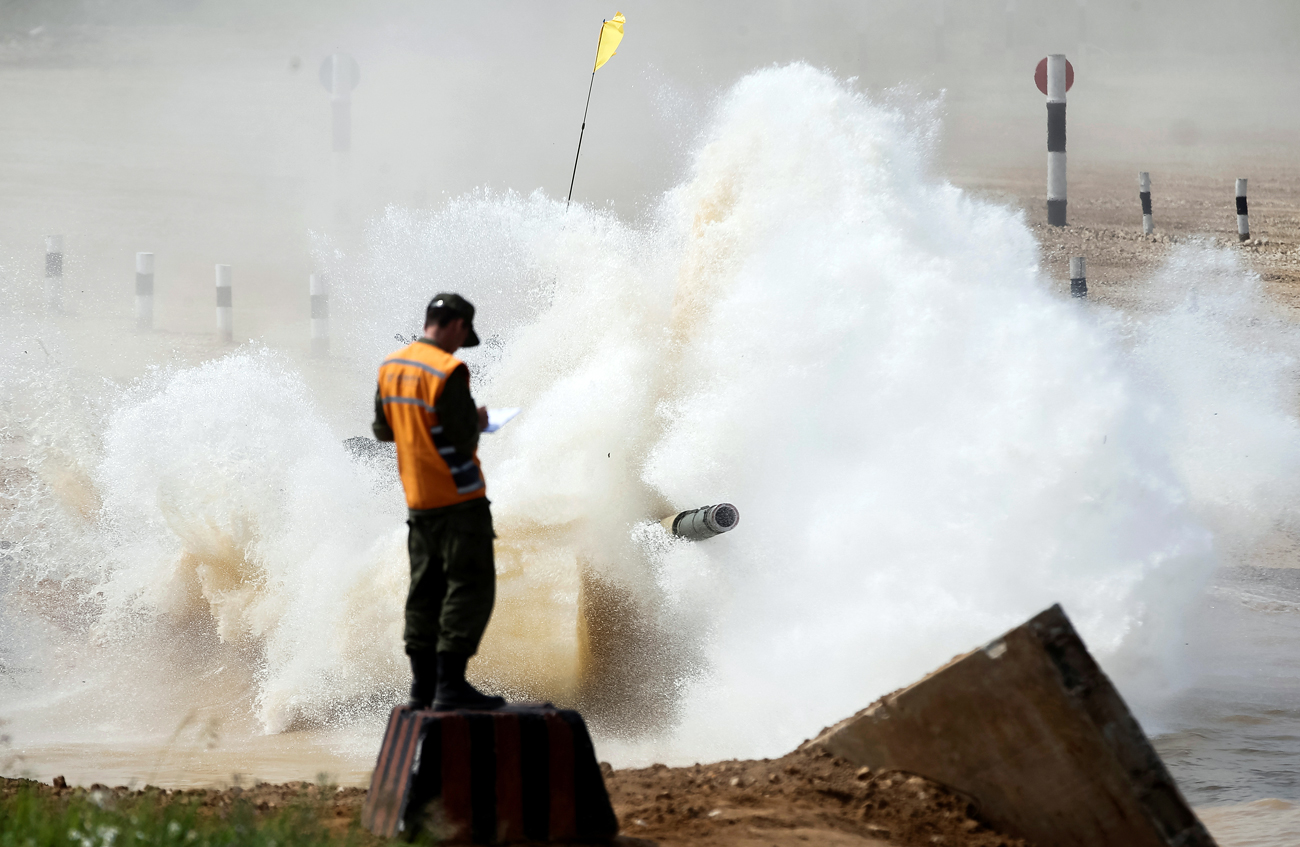 A tank's barrel is seen on the course of the Tank Biathlon competition during the International Army Games 2016 in Alabino, outside Moscow, Russia, July 30, 2016.

"Under the conditions of the "Individual race" stage, each tank crew has to pass three laps of up to 5 km in length, firing the guns, anti-aircraft machine-gun and coaxial machine gun. The targets are mock-up tank, helicopter and anti-tank "enemy" party," the press service said.

"The results of the laps will consist of the total time for passing the distance and the number of penalty points. Twelve teams with the highest score from the "Individual race" stage will enter semi-finals and participate in "Relay" stage," the Ministry said.

Tank biathlon is held at the Alabino shooting range, Moscow Region, from July 30 to August 13.

International Army Games started off in the town of Kubinka near Moscow on July 30 with competition in tank biathlon where seventeen teams are taking part. Kubinka is a major center of Russian Armor Troops that boasts a superb testing range and the Armor Museum, which displays armored technologies from many nations and periods of history.

All in all, the program of the Army Games includes 23 contests to be held in Russia and in Kazakhstan.