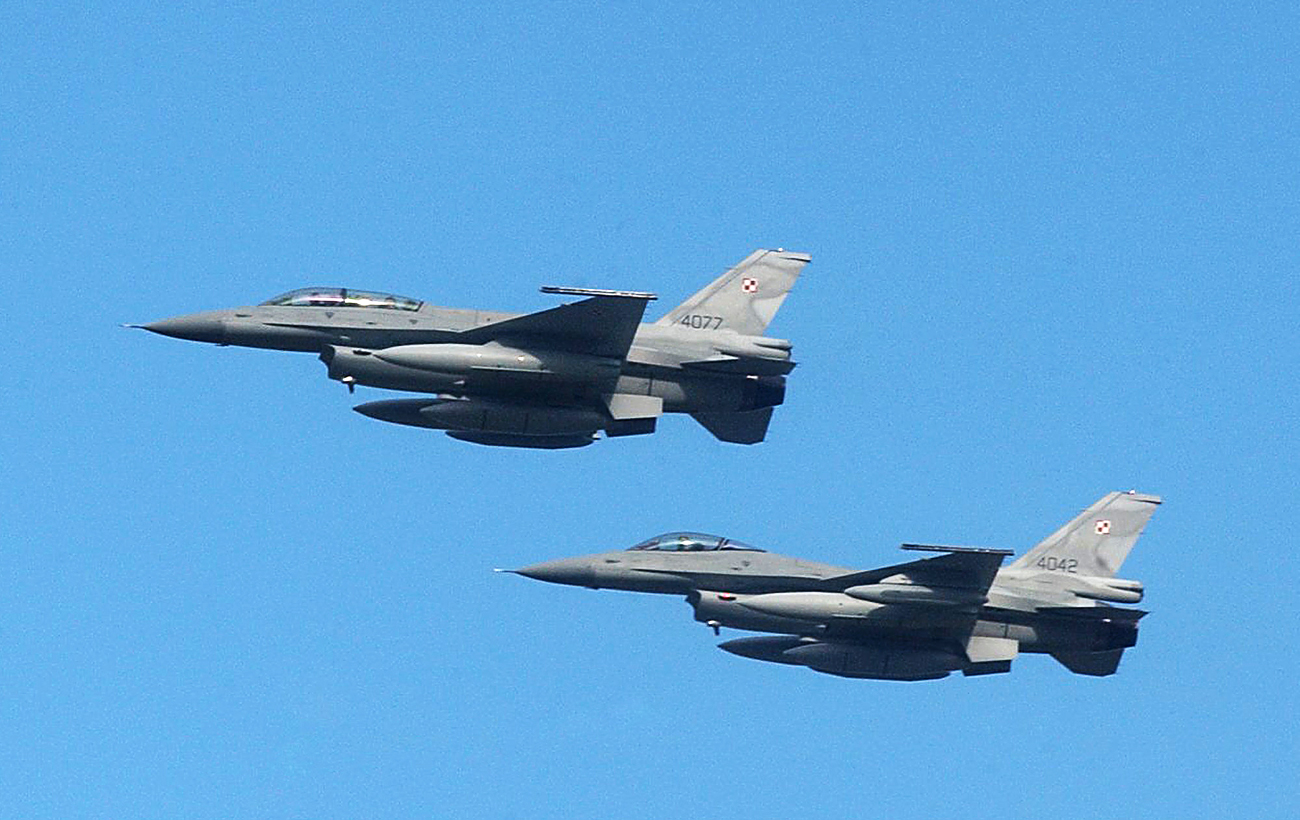 On July 31 the Polish Defense Ministry said that its F-16 planes intercepted a light Russian plane over Czestochowa, which had reportedly violated the country’s airspace.

The office of the district prosecutor in Czestochowa has launched a probe into last week’s violation of a no-fly zone by the pilot of a light Russian plane, its spokesman Tomasz Ozimek has told TASS.

"The prosecutor ordered investigation of the July 29, 2016 violation by a Russian citizen of a zone of restricted flights which the Polish air navigation authority established for the period of Catholic World Youth Days in Krakow. Also, the case concerns the illegal crossing of the Polish state border without the required permission," Ozimek said.

According to the official, the maximum punishment for the violation of the Air Code is a prison term of five years.

"No formal charges have been brought against the pilot yet. The prosecutor is in the process of making extra procedural checks," Ozimek said.

Poland on July 24-August 1 imposed temporary restrictions on flights by light aircraft for the period of Catholic World Youth Days. The Pope participated in the event. All entertainment and training flights were suspended within an area of 100 kilometers around Krakow.

On July 31 the Polish Defense Ministry said that its F-16 planes intercepted a light Russian plane over Czestochowa, which had reportedly violated the country’s airspace. Defense Ministry spokesman Bartholomew Misiewicz said the Russian pilot was radioed and gestured what he should do. After the landing at Radom airport he was detained by police only to be released a short while later.

Yelena Klimovich, the spokeswoman for the Russian aerobatics team which is currently in Radom for world championships, has told TASS the pilot had no idea part of Poland’s airspace was closed to flights. Polish F-16 fighters escorted him to the airport of destination, where the police questioned the pilot and examined the plane and its instruments. The pilot was set free. Klimovich said the Russian team had no information regarding the charges the pilot might face.