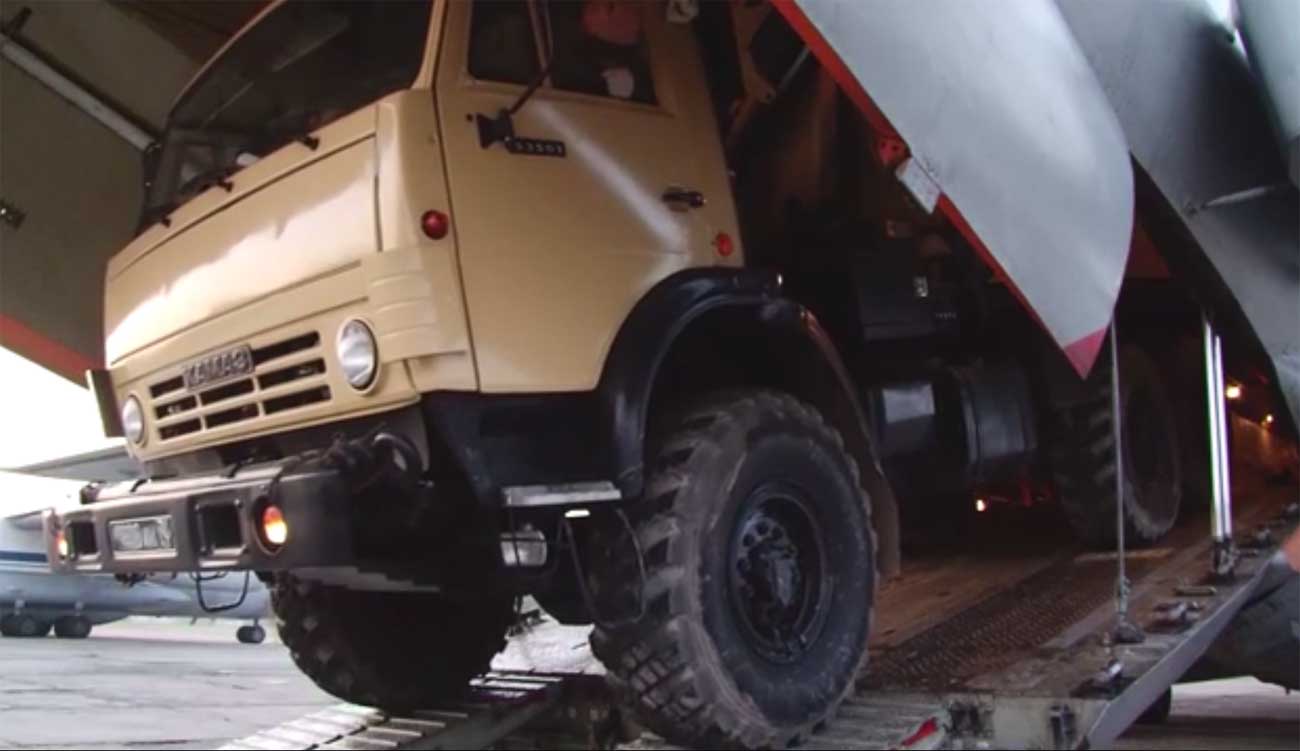 Mil.ru
More than 250 troops and 30 vehicles to deal with the disease outbreak

Russia’s Defense Ministry has airlifted to the Yamalo-Nenets Autonomous Okrug (YaNAO) the Orlan newest set for aerosol disinfection of buildings, facilities and individual protection means for dealing with the consequences of an anthrax outbreak in the region, Colonel Yaroslav Roshchupkin, an aide to the commander of the Central Military District, said on August 4.

"The newest aerosol disinfection system Orlan has been airlifted by a military-transport aviation plane from Yekaterinburg to Salekhard, from where it will go to the anthrax hotbed to complete its mission," he said.

The Orlan hazmat system, which entered service in 2015, is mounted on the Kamaz-53501 truck chassis. Orlan can deploy up to eight energy autonomous hazmat treatment points with the decontamination capacity of 90 square meters of surface per minute. The complex is equipped with a loader crane and hydraulic scaffolding. The decontamination crew comprises three people", he added.

The Central Military District has dispatched more than 250 troops and 30 vehicles to the Yamalo-Nenets area to deal with the disease outbreak in the region.

The anthrax diagnosis has been confirmed in 23 residents of the Yamal tundra. A total of 90 people who had been evacuated from the infection center, including 53 children are now undergoing treatment in the Salekhard regional hospital. All of them are showing good signs. Doctors have been monitoring their condition round the clock.

On Monday, August 1, the governor’s press service reported that eight reindeer-breeders, including children, from the Yamal-Nenets autonomous region had tested positive for anthrax. The deadly disease claimed the life of a 12-year-old youngster.

Authorities imposed quarantine measures in Yamal on July 25 because of the anthrax outbreak that has so far killed a total of 2,300 reindeer. According to the local administration, the cause of the outbreak was the extreme warm weather spell affecting Russia’s Far North. Anthrax was last recorded in Yamal 75 years ago, back in 1941.