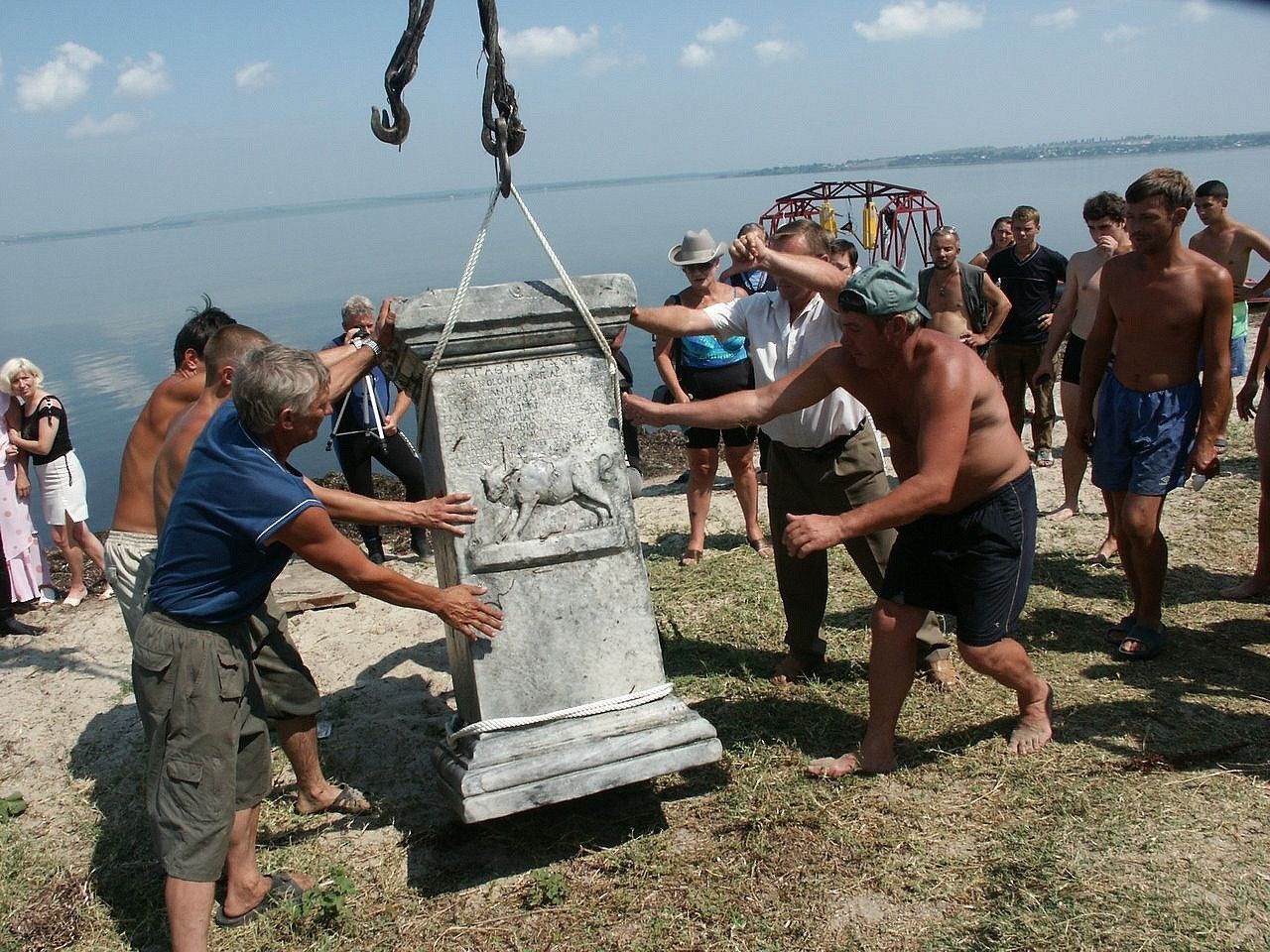 Archeologists doing excavations in the area of the antique town of Phanagoria in the Temryuk district of Russia’s southern Krasnodar Territory have discovered fragments of a marble stele carrying an inscription of the ancient Persian King Darius I, the press service of the Volnoye Delo foundation said in a press release on Aug. 5.

The find has good chances of becoming a world sensation, said the foundation, which is run by businessman Oleg Deripaska.

"The decoded inscriptions state someone made them in the name of the Persian King Darius I," the press release said. "The stele has an inscription in the ancient Persian language. The approximate assessment dates the find to the first half of the 5th century B.C."

Apart from the stele, the archeologists have found in the acropolis the remainders of ancient fortress walls, which in itself is an important even in classical archeology, the foundation said.

The stele was found in the seams that can be attributed to the 5th century B.C. The text contains a word unregistered before and roughly interpreted as the place name Miletus, one of the biggest cities in Ionia, a region known as Asia Minor now.

"Miletus stood at the head of the so-called Ionian uprising of Greek city states against Darius I," the press release said. "It was suppressed in 494 B.C.".

"Researchers believe the king put up a marble stele in the city after his victory over the Greeks," it said. "The monument had a text on it - for instance, reporting on the king’s triumph. Later on, a fragment of the overturned and broken stele got to Phanagoria - quite possibly, as ballast on a ship that called into the Phanagoria port, since there is no natural stone of the kind on the Taman peninsula.

At present, the stele is undergoing scrutiny at the restoration laboratory of the Phanagoria Research and Cultural Center.

Darius I (b. 550, d. 486 B.C.), a Persian ruler from the Achaemenian dynasty considerably expanded the territory of his country with the aid of wars against the Getae, Thrace, Lemnos, Imbros, and Macedonia. He was buried in the mausoleum built on the cliffs at Naqsh-e Rustam near Persepolis on his order and decorated with sculptures.