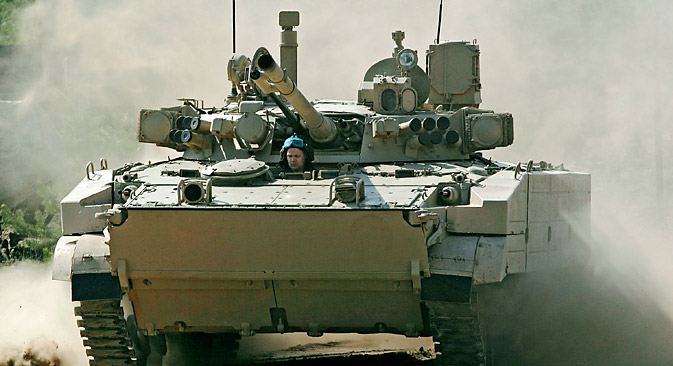 Russia’s JSC Rosoboronexport (a subsidiary of the Rostec state corporation) and an Indian producer of railroad hardware, Texmaco Rail and Engineering (TRI) have signed the agreement on the developing and manufacturing of military hardware intended for the Indian Armed Forces, according to the press department of TRI.

"The parties have signed a memorandum of understanding (MoU) related to the transfer of Russian technologies to India, joint developing, and licensed local production of military hardware for the India’s Land Forces," the official spokesperson from the TRI company said. He added that the enterprise is planning to establish the local production of Russian BMP-3 infantry fighting vehicles (IFV) developed by the Tractor Plants concern. "The MoU also covers other types of armoured vehicles and the manufacturing of spare parts for military hardware," he added, not specifying the vehicles to be developed and produced under the MoU.

According to the TRI’s CEO, Sandeep Fuller, the aforementioned agreement will increase the share of defense production in the company`s portfolio. "The MoU signed with Rosoboronexport may lead to the increase of the TRI`s turnover coming from the defense sector," he said.