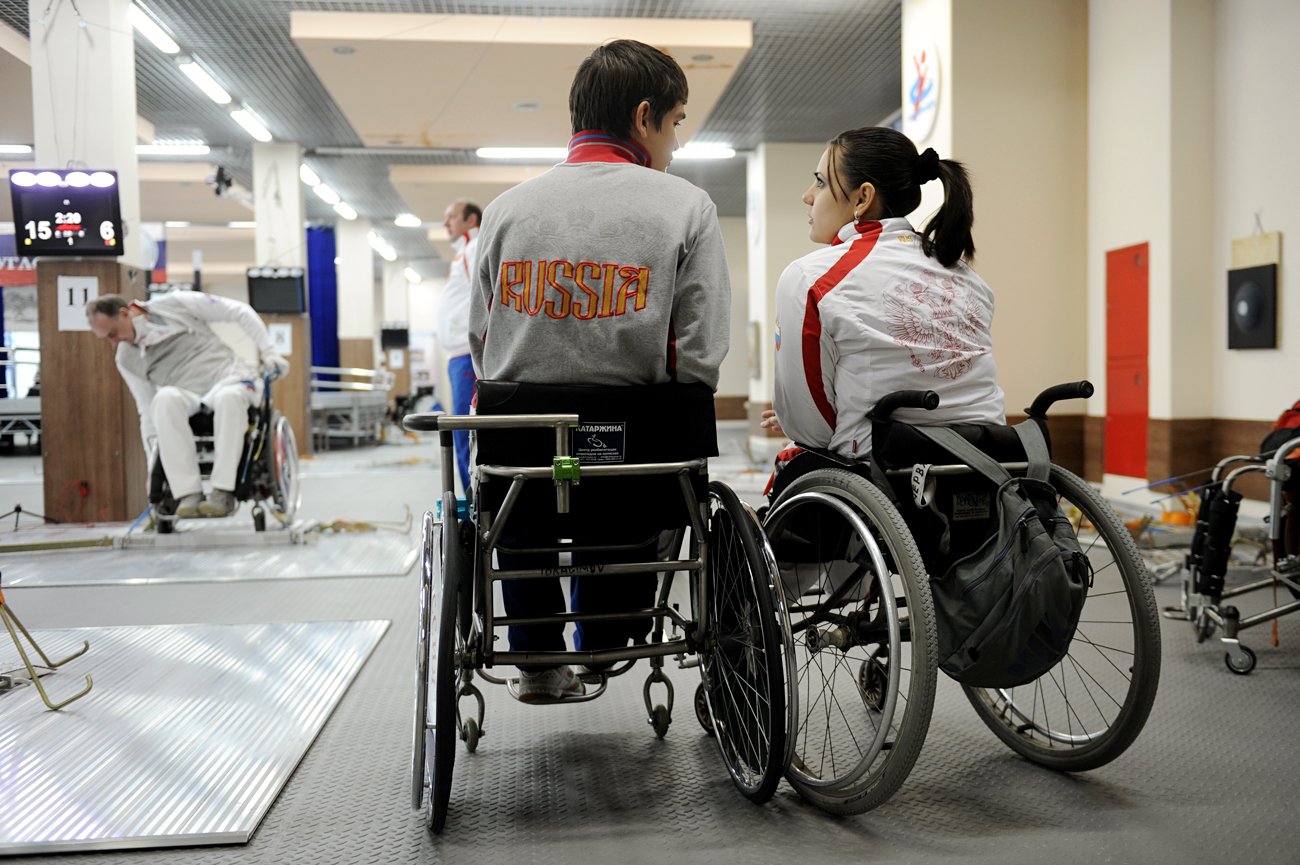 Paralympic fencers during competitions at the 7th Russian Championship of Wheelchair Fencing in a specialized room at the federal center for Russian national teams 'Round Lake' in Lobnya, Moscow Region.

Kirill Kallinikov/RIA Novosti
Russia works to settle the dispute with the International Paralympic Committee and to contest the blanket ban barring the Russian Paralympic team from the Rio Olympics.

"We are certainly interested for the court proceedings to begin as soon as possible, but it does not depend on us entirely," the RPC president said. "We currently work on the text of the lawsuit and hope to come to terms."

Earlier in the day, Russian Sports Minister told TASS that the RPC should follow in the footsteps of the Russian Olympic Committee (ROC) in filing its response to the decision to bar Russian Paralympians from 2016 Rio.

The IPC opened proceedings in regard to the RPC on July 22 after receiving from the World Anti-Doping Agency (WADA) a list of 35 Russian Paralympians, mentioned in the recent report of the Richard McLaren-led Independent Commission.

The IPC announced the introduction of the blanket ban for the Russian Paralympic team on August 7, barring it from the Paralympics in Brazil.

Brazil’s Rio de Janeiro will be hosting the 2016 Summer Paralympics on September 7-18.